By Scott Edger
The safety of students is paramount at Dodge City Community College, and that emphasis is extended to student transportation as well.

Justin Hergert takes that responsibility seriously and to test himself he recently competed at the Kansas State Pupil Transportation Association Conference and Rodeo – held at the fairgrounds in Hutchinson.

Hergert is the fleet manager and transportation coordinator for Dodge City Community College, and serves as a driver trainer for USD 443. He has been driving buses since obtaining his commercial driver’s license in 2004. This was Hergert’s first time to compete and he earned a second-place finish among 50 drivers.

“I wanted to go because I only started being the driver trainer a year ago,” Hergert said. The school district sent him to certification classes, but he said the competition was a way for him to assess his abilities against other professionals.

“I haven’t had to go through some of these skills in the detail they were expecting in quite a while,” he said. “I wanted to put myself in that scenario so I can get a better understanding of what I can do to be a better trainer.”

The competition underpinned some of the safety measures Hergert preaches to the drivers he trains. Officials stressed the pre-trip inspection for buses, which Hergert said he conducts before even the shortest of trips, to make sure students are being transported in a non-defective vehicle. 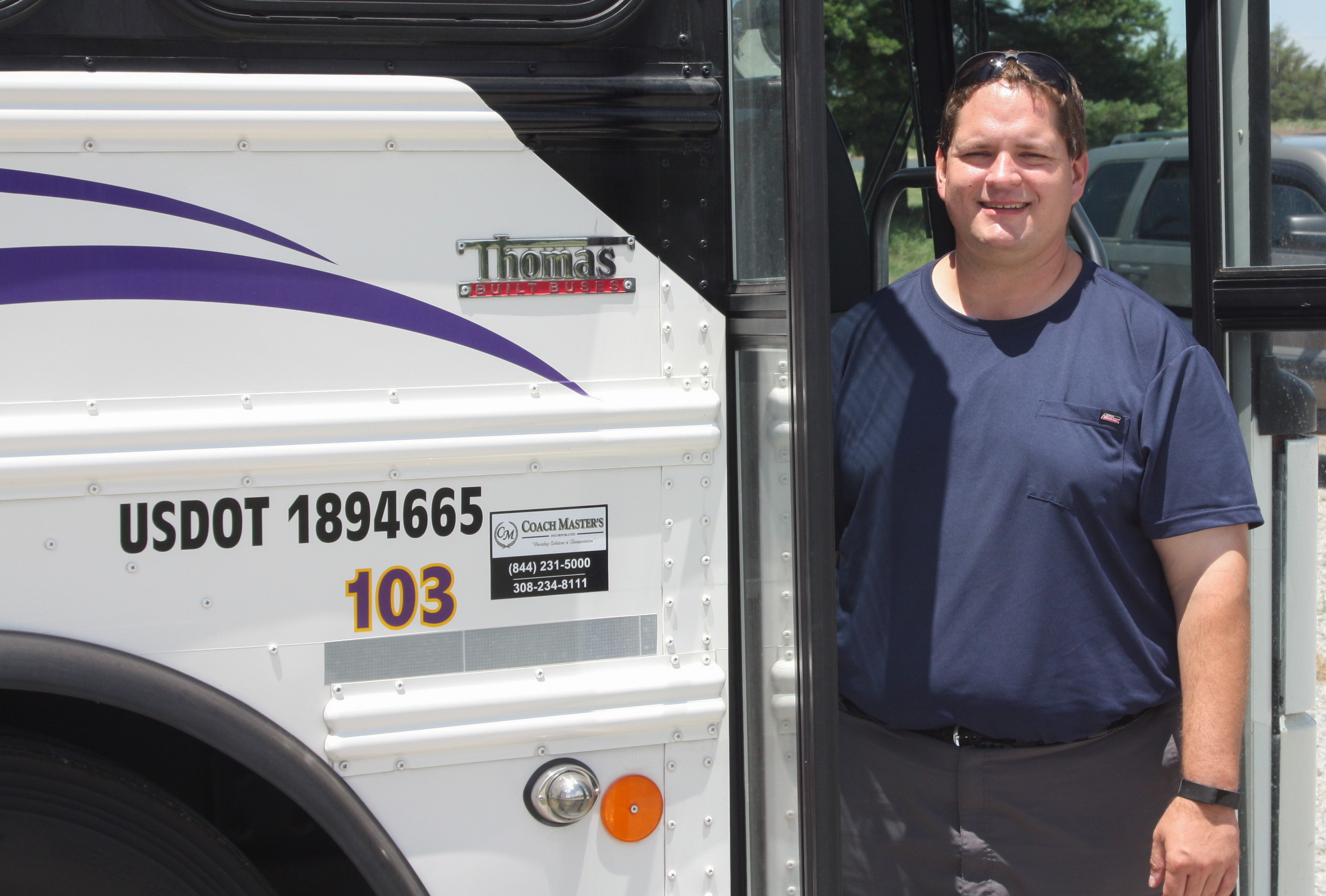 “Any number of things can affect safe operation,” Hergert said. “Even little things like doors not latching completely or checking wiper blades even when there’s no rain … we try to pinpoint those items.”

The bus “rodeo” highlighted driving skills – from proper backing and alley docking, to curb loading and even parallel parking a 45-foot school bus.

Although actual driving skills were part of the conference, the contest was meant to be a safety competition. Bus drivers today are expected to preserve passenger safety and security in more ways than just safe driving.

Hergert knew the competition would be an effective barometer of his skills, and the scenarios created by organizers would provide him with knowledge he could impart to other drivers.

“There were guys who had been driving and training for 20 years or more,” Hergert said. “There was a lot of helpful technical and practical information.”

Participants were tasked with finding six random defects organizers set up on different buses, and do so in less than six minutes. Hergert had to take a 50-question standard written test and was then asked surprise questions to which he had to give an extemporaneous response.

Hergert said that having a Kansas Highway Patrol trooper in the bus with him while he was going through the course provided a great deal of insight.

“It was definitely a learning experience for me,” Hergert said. “He observed what we were doing and we had to constantly tell him what we’re looking for and how we were proceeding.”