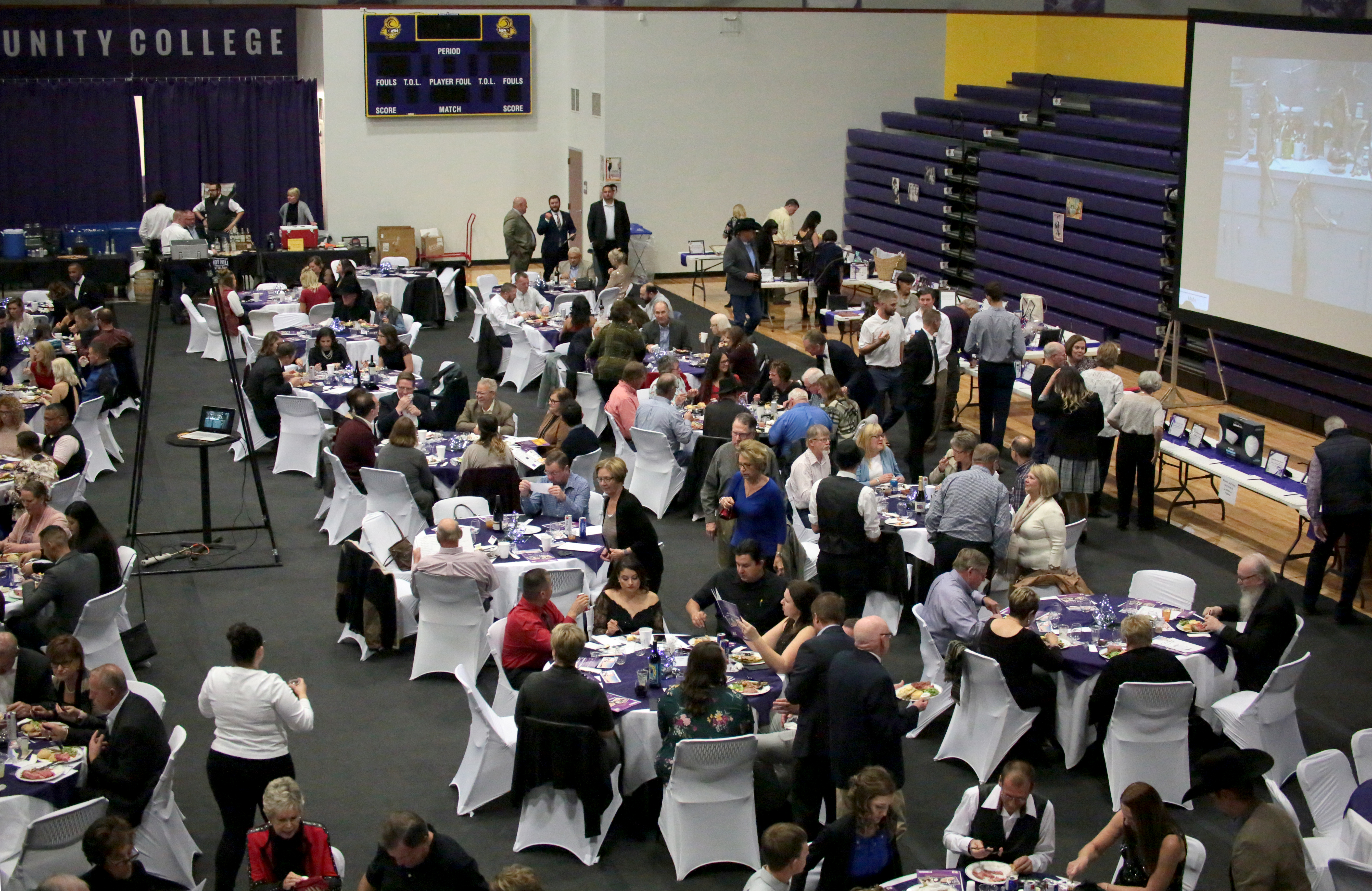 The Dodge City Community College Foundation auction surged to life on Nov. 2, as the community came on like a shot of adrenaline to reinvigorate the annual event – smashing fundraising goals for the evening, according to Foundation director Christina Haselhorst.

“The people and businesses in Dodge City and from all around our area made it clear to me that they wanted this auction to be a success for the Foundation and especially for students,” Haselhorst said. “We have so many people who understand the Foundation’s mission. They were more than generous with their donations, and our community responded in an incredible way.”

The theme for this year’s auction was Lights! Camera! Auction! The Hollywood theme prevailed throughout the sold-out event that was held for the first time on campus. The last Foundation auction was held in 2015. Haselhorst said that final numbers are still being tallied, but community members helped to surpass the Foundation’s fundraising goals for the event.

“We are honored by the steadfast support of our community and our Foundation members,” Haselhorst said. “It is humbling to witness the faithfulness and generosity of southwest Kansans. They are a truly remarkable people, and our auction was filled with great examples of that.”

Members of the college choir and band entertained attendees during the event.

Greg Goff, major gifts chairman for the Foundation, presented the Ford Countians of the Year award to Carl and Linda Bjork for their outstanding volunteer service to the college and the community. The pair have raised thousands of dollars for college and community sports programs over the years. Linda has participated in the Choral Union for over 15 years. 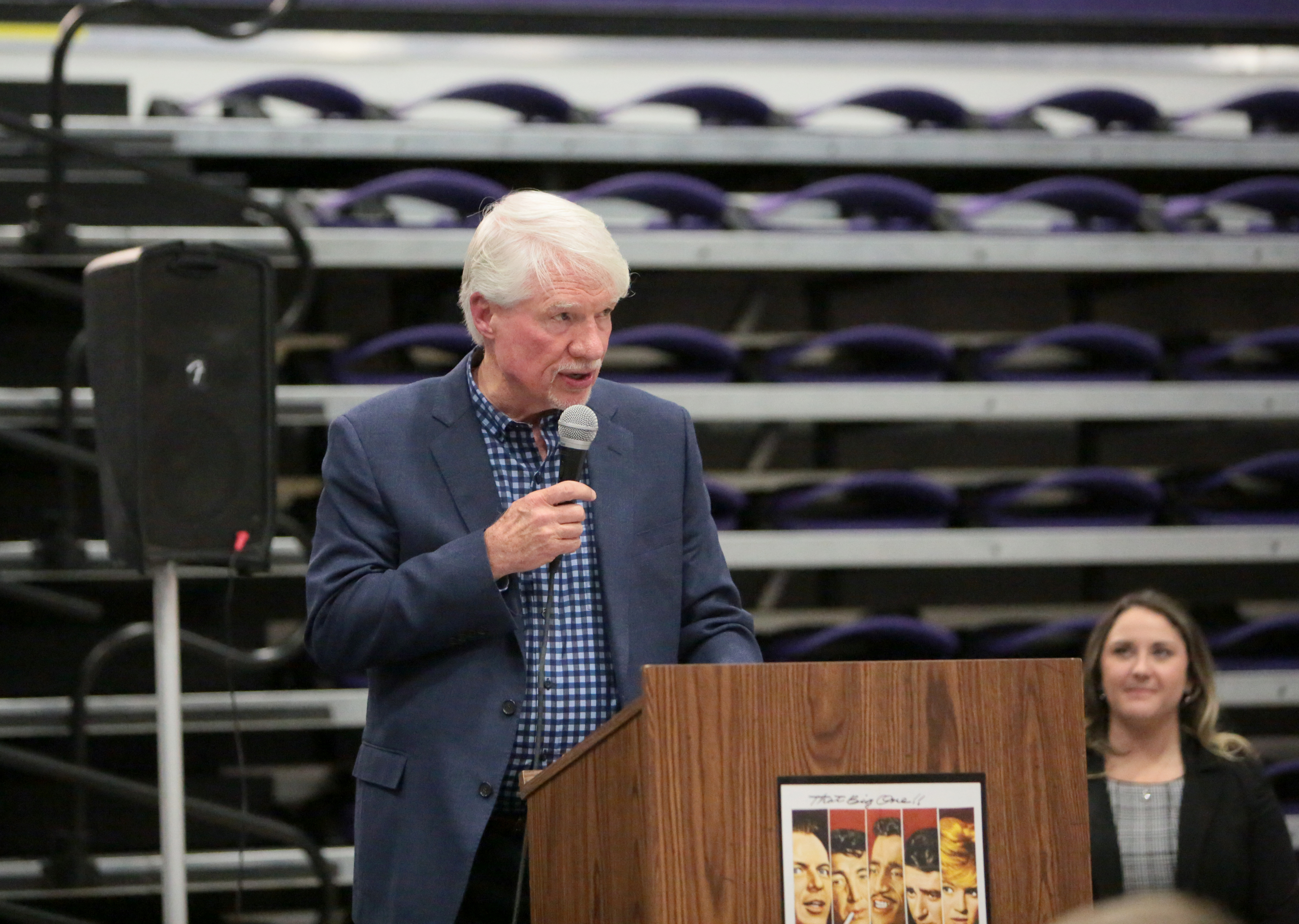 In their honor, the Carl and Linda Bjork Ford Countian of the Year award will be presented annually at the Foundation auction.

“The Bjork’s are truly a once-in-a-lifetime family,” Goff said. “Their incomparable commitment to Dodge City Community College and our community is remarkable, and clearly illustrates the family’s selfless leadership and enthusiasm for Ford County.”

“The evening was such a fantastic time to connect with friends,” said Dr. Harold Nolte, DCCC president. “It was just a great time and we got to see so many folks that we don’t get to see nearly enough. It’s heartening to see the generosity from so many in our community.”

A signed Reggie Jackson Conquistador baseball jersey had been originally purchased years ago by Joe Bogner, who at the time donated it back to the Foundation. Bogner’s son Scott outbid everyone to reclaim the jersey to the benefit of the Foundation.

The Foundation was also benefitted from another double-dip, as John Oldham purchased the Boot Hill Distillery experience, only to donate it right back for a second bidding opportunity.

The auction is one of the Foundation’s primary fundraising activities to generate scholarship funds and finance special projects that benefit students at DCCC.

“Awarding more scholarships means more students are helped, DCCC enrollment is increased, and Dodge City and the surrounding area see an even bigger economic benefit from students and the college,” Haselhorst said. “So thank you to everyone who contributed to this outstanding event.”

Funds raised through the auction help the Foundation work toward its goal of raising $100,000 each year for scholarships. The auction was made possible with the help of generous community institutions. Western Plains Medical Complex was the main sponsor for the auction, and Haselhorst was impressed by the response from the community to be a part of the event. Other generous sponsors include: Dodge City Brewing, United Wireless, Sunflower Bank, National Beef, Building Solutions, Boot Hill Distillery, Lewis Automotive, Coldwell Banker, Bucklin Tractor and Implement, Mark Fischer, Diamond Roofing, Hellas Construction, David and Paula Ripple, Barney and Mia Korbelik, Ann Frigon-Carson Wealth and Sutherland’s of Dodge City.