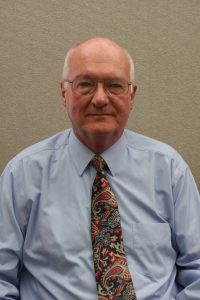 During his years of service, Vice President Lyons reorganized the DCCC Chapter of the Phi Theta Kappa International Honor Society (1990) for two-year and community colleges. He was instrumental in organizing the DCCC honor society, the Order of Castile (2009).  Although Vice President Lyons spent the majority of his thirty years employed in DCCC Student Services, he initiated the DCCCC Flight Instructor Pilot Program (2008), and played a significant part in developing the DCCC Electrical Power Lineman Program (2012).

When asked about his plans for retirement, Vice President Lyons replied, “I plan to spend more time with my family and more time carrying out my responsibilities at church.”