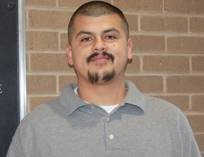 Jackson, MS – Carlos Herrera from Dodge City Community College in Kansas is one of 207 Phi Theta Kappa members named a 2017 Coca-Cola Leaders of Promise Scholar and will receive a $1,000 scholarship.

The Coca-Cola Scholars Foundation provides $200,000 in funding for the scholarships, with $25,000 set aside for members who are veterans or active members of the U.S. military. The remaining amount is supported by donations to the Phi Theta Kappa Foundation and provides Leaders of Promise Global Scholarships, earmarked for international students.

“The Coca-Cola Scholars Foundation has a long history of providing financial assistance to outstanding students at community colleges,” said J. Mark Davis, President of the Coca-Cola Scholars Foundation. “We are proud to partner with Phi Theta Kappa, make it possible for more deserving students to achieve their educational goals, and support tomorrow’s leaders of the global community.”

The funds provided by the Coca-Cola Scholars Foundation not only aid college completion, but also give students the opportunity to engage in Society programs and develop leadership skills to become future leaders in their communities.

“Research shows that Phi Theta Kappa members are four times more likely to complete a college degree than their peers,” said Dr. Monica Marlowe, Executive Director of the Phi Theta Kappa Foundation. “The Leaders of Promise Scholarships recognize students for what they have achieved already and assure that financial need isn’t an obstacle to achieving their academic goals.”

Phi Theta Kappa is the premier honor society recognizing the academic achievement of community college students and helping them to grow as scholars and leaders. The Society is made up of more than 3 million members and nearly 1,300 chapters in nine nations. Learn more at ptk.org.