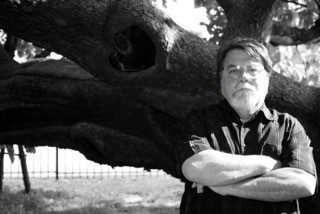 Award-winning filmmaker Peter Vincent Carlos, Professor of Cinema Arts at Lindenwood University in St. Charles, MO, will be presenting at Dodge City Community College on Tuesday, March 20th, at 9:00 AM in the Little Theater. Carlos has a rich history of working in the film industry, including having been a film producer, director, and editor. During his presentation, he will be talking about the ins and outs of independent filmmaking as well as his film career, which includes a stint in Hollywood, where he worked with such notable names as Jim Carrey, Kirsten Dunst, and Jay Leno.

Carlos’ films have been in several film festivals, including his short film, Dad’s Day, for which he won “Top Applause” and “Rising Star.” Among his many awards, he has won two St. Louis Emmys, was voted one of the Top 100 Multimedia Producers in America by AV Video Magazine, and his film Gravity won Best Dramatic Short in The Whitaker Filmmakers Showcase.

In the classroom, Carlos teaches from a historical and practical perspective. His students have gone on to have their work featured in various film festivals and they, too, have been the recipients of prestigious film awards.

Following the presentation, Carlos will be available on campus, for individual groups and/or classrooms, for further discussion between the hours of 9:00 AM and 3:00 PM.