Listeners have been able to pick up High Plains Public Radio signals in Dodge City for several years, but the reception was spotty and weak at best. Some listeners resorted to sitting in their automobiles to hear their favorite shows because the reception is typically better on car stereos.

As of Tuesday listeners can sit anywhere they want because the HPPR signal will be stronger than ever, thanks to Dodge City Community College and HPPR, who, along with the Mariah Fund, have partnered to add the college’s radio station, KONQ 91.9 FM, as a transmitter for HPPR programming.

HPPR has added a satellite receiver on the site of KONQ studios at the corner of Ross and North 14th Avenue. That receiver will allow KONQ to broadcast popular NPR shows like Morning Edition, All Things Considered and Western Swing.

The expansion coincides well with efforts to reach out and extend its presence of DC3 in more communities. It illustrates commitment to being a catalyst for enhancing our quality of life and expanding the perspectives of the people of Dodge City and Ford County.

Dr. Harold Nolte, DC3 president, noted the cooperation and coordination of the three entities to bring the long-awaited project to fruition. 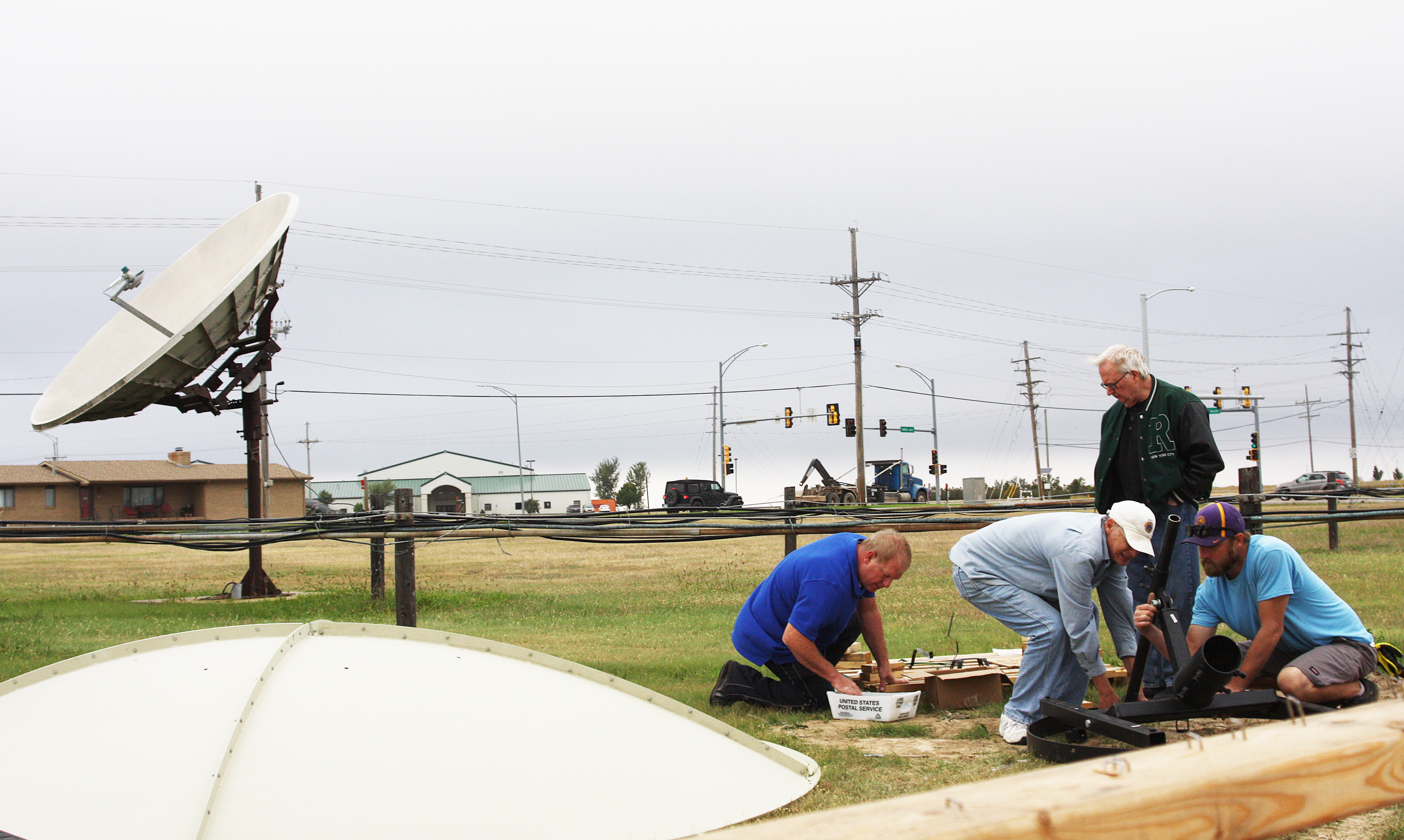 “We’re proud to be able help HPPR spread valuable content that connects our institution with respected, intelligent programming,” Nolte said. “We know this can be a real benefit to our college and our community.”

Providing relevant news, opinion, and weather updates – along with engaging human interest stories from our own region and around the world – means that people will seek out the college radio station for their information. Bob Davis, HPPR executive director, said the cooperation and leadership between DC3 and HPPR has been pivotal.

“This is significant because a partnership is working together to put out this important programming,” Davis said. “These are two valuable institutions in this region, so this is really exciting. I see this as having a lot of potential for both entities.

“Dodge City Community College is fortunate to have a forward thinker like Dr. Nolte. This can be a great marketing tool for the college.”

In return for partnering with HPPR and hosting the dish location, DC3 will receive underwriting credits. The college will be able to use a certain number of those credits to underwrite shows being broadcast across the HPPR network – increasing the reach of DC3 into the entire HPPR broadcast market.

The massive footprint of HPPR covers all of western Kansas, extends south of Amarillo, Texas, as far east as Lamar, Colo., and even into southern Nebraska. The exact amount of underwriting credits has yet to be finalized.

“The spots will be in our regular underwriting rotation,” said Kathy Holt, Strategic Projects coordinator for HPPR. “The college also has the opportunity to be selective about what markets it wants to be in.”

Holt explained that the college would also have the opportunity to broadcast original content. The college incurs no added expense for carrying HPPR content, and retains full station and broadcast control. 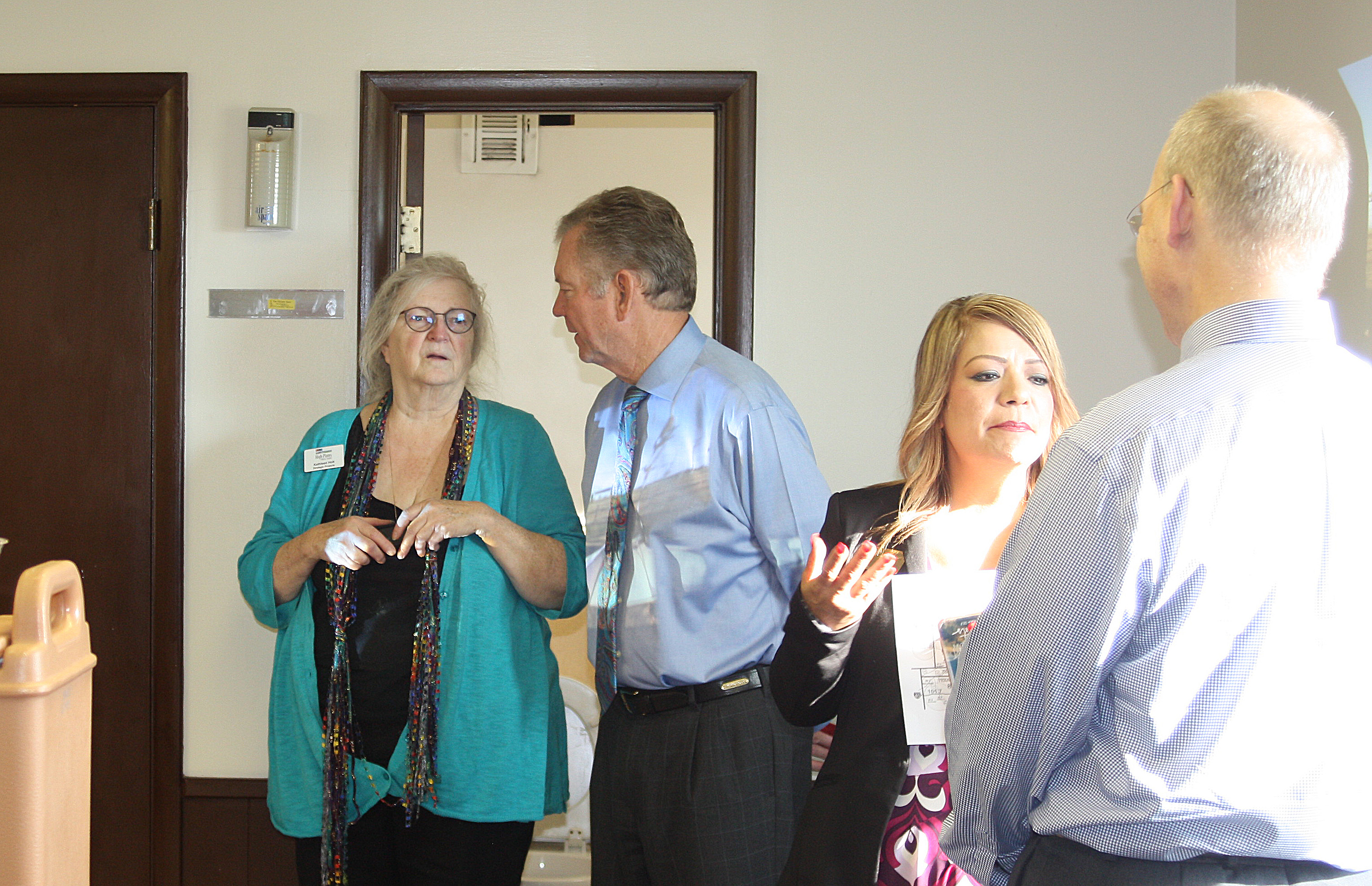 DC3 provides the existing KONQ frequency and handles FCC requirements, as well as the site for the satellite receiver. HPPR provides the equipment and majority of the content, and essentially piggy-backs onto the KONQ signal. KONQ will continue to offer Spanish-language programming from 12-4 p.m. weekdays, plus its Sunday morning programming. The rest of the airtime will be filled with NPR and HPPR shows.

Major funding for the project is being provided by the Mariah Fund – a private foundation that provides grants to non-profit organizations in Dodge City and other communities in western Kansas. Officials at the Mariah Fund thought the idea was great when it was first proposed in 2014 and decided then to grant funds for the project.

Jeff Thorpe, Mariah Fund president and CEO, said the funds have been awaiting culmination of final plans ever since.

“Clearly, Mariah Fund is excited to see this long-term project come to be a reality,” Thorpe said. “Our goal of bringing the resources and opportunities of both DCCC and HPPR together is being brought to reality, and it’s a win-win for both entities. Congratulations to all who worked on this project since 2014. Our patience and planning will be richly rewarding to the listening community and both partner entities.”

Originally formed to boost tourism, Mariah Fund’s contribution to the project stems from the group’s efforts to preserve the area’s heritage and enhance the quality of life. Thorpe said the project fits nicely within the group’s mission.

“Public radio provides a bridging voice and adds value to the community. Programming offered by National Public Radio and HPPR is enriching and relevant to us all,” Thorpe said.

This past summer Mariah Fund demonstrated its commitment Dodge City with a $500,000 grant to Boot Hill Museum for construction of a new exhibit center on the museum grounds.