Impromptu Performance a Snap for Williams

In March of this year, Dodge City Community College football player Bailey Williams was home with his guitar in Tennessee, getting kicked out of Buffalo Wild Wings for jamming with his buddies in the restaurant foyer.

Jump ahead just a few short months and Bailey and his guitar are on stage at United Wireless Arena in Dodge City, opening up for the platinum-selling country music star Tracy Byrd.

In the months prior to coming to DC3, Bailey and his band, PB&J (formed with friends Parker and Jonathan) got the chance to play at an Independence Day festival. The band had been hastily formed “one Friday night when we were all really bored,” Bailey said. “We had gotten together and jammed a bunch so we thought maybe we could play a couple places.” 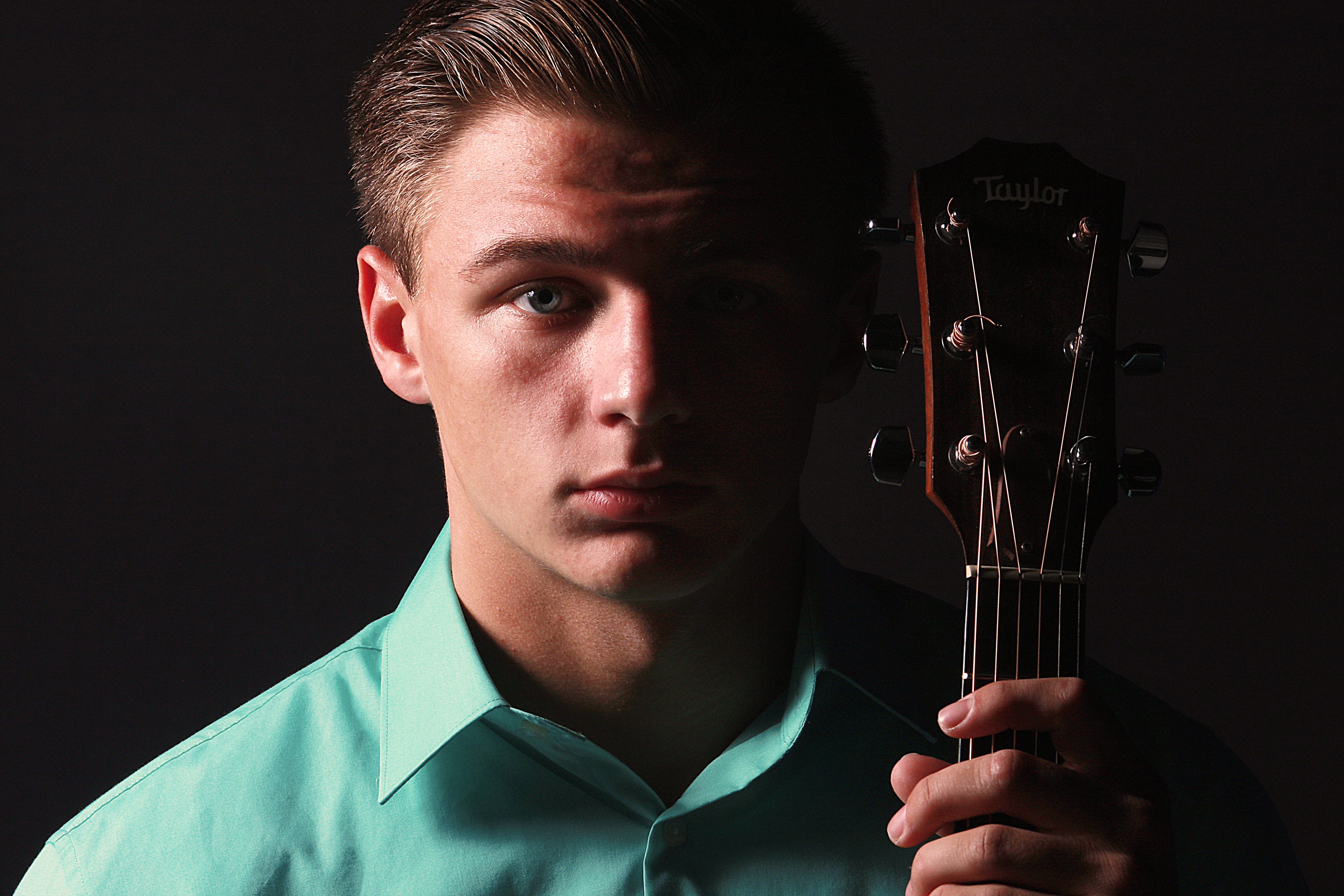 The group hit half a dozen local restaurants and retail stores – eventually getting kicked out of Buffalo Wild Wings. The local Steak and Shake also bounced the trio.

“Everybody else was very welcoming,” Bailey said.

They hit the local Wal-Mart and other stores as well as a handful of restaurants. Several patrons tried to tip the guys as they played but they refused.

“We sure didn’t want to take any tips away from the wait staff,” Bailey said. “We we’re just trying to have fun and see if people liked it.”

After being recruited by DC3 as a long snapper, Bailey first came to Dodge City this summer on a football scholarship.

Just a few weeks prior to opening for Tracy Byrd, Bailey was actively campaigning for stage time from Central Station proprietor Albert Vazquez with no results.

Vazquez can’t exactly be faulted – Bailey was just a kid ball player who said he could sing a little. The only reason Vazquez even knew of him was because Central Station sometimes uses DC3 athletes as security and a couple other DC3 athletes mentioned Bailey could sing. Most club owners aren’t in the habit of letting temp bouncers nobody knows grace their stage – and doesn’t everybody from Nashville who knows three chords think they can sing, anyway? 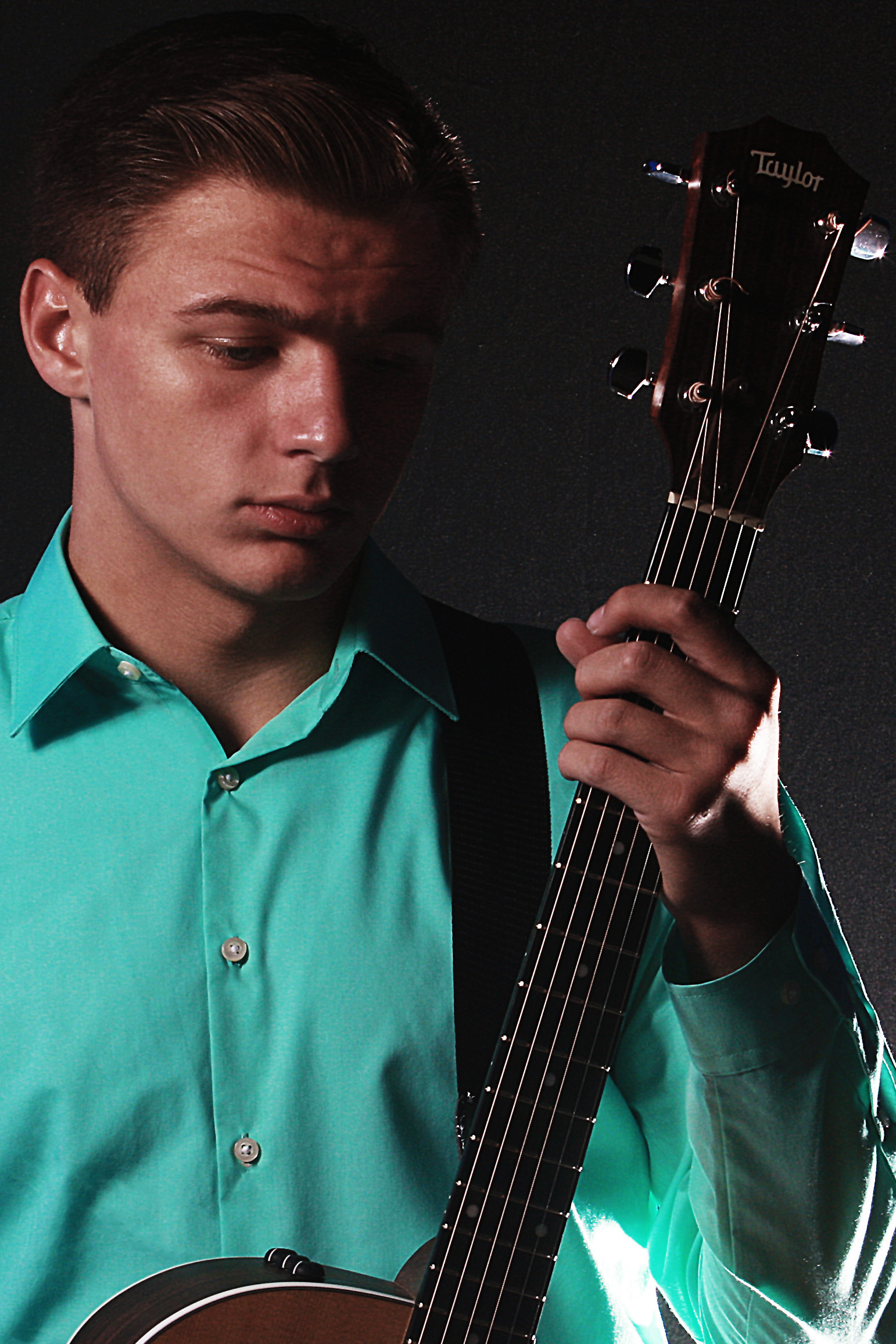 A few weeks later Vazquez was promoting the Tracy Byrd show and he had originally not slated an opening act. Bailey was on site, working security with some of his fellow Conq athletes, two of whom prodded Vazquez again about utilizing Bailey’s talent. Just minutes before the show and almost on a whim, Vazquez asked Bailey about doing a couple songs to warm up the crowd.

“Actually, he didn’t really ask me… he just kind of told me I was going to open for Tracy Byrd,” Bailey laughed. “I said, ‘Albert, what if I suck?’ and he said, ‘Well then you’ll suck and everyone will be disappointed. So don’t suck.’”

“Poor kid started sweating,” Vazquez said, “but he went out there and did a great job.”

That night, quite impromptu, Bailey performed Brett Young’s “In Case You Didn’t Know” and Jimmie Allen’s “Best Shot” for nearly 900 country music fans at the arena – capably opening the show for an artist who’s sold millions of records.

The consensus is that Bailey was a hit – the crowd rising to its feet as he left the stage. He went right back to work as security after he got off stage, but people in the line he was monitoring kept pulling him aside for selfies and adulation.

“I thought he was awesome,” said Sandi Norton, a frequent concertgoer from Dodge City. “Apparently he didn’t even know he was going to play until a few minutes before he went on. I was really impressed with how talented he is even though he’s so young.”

Byrd himself was impressed by Bailey’s stage presence. 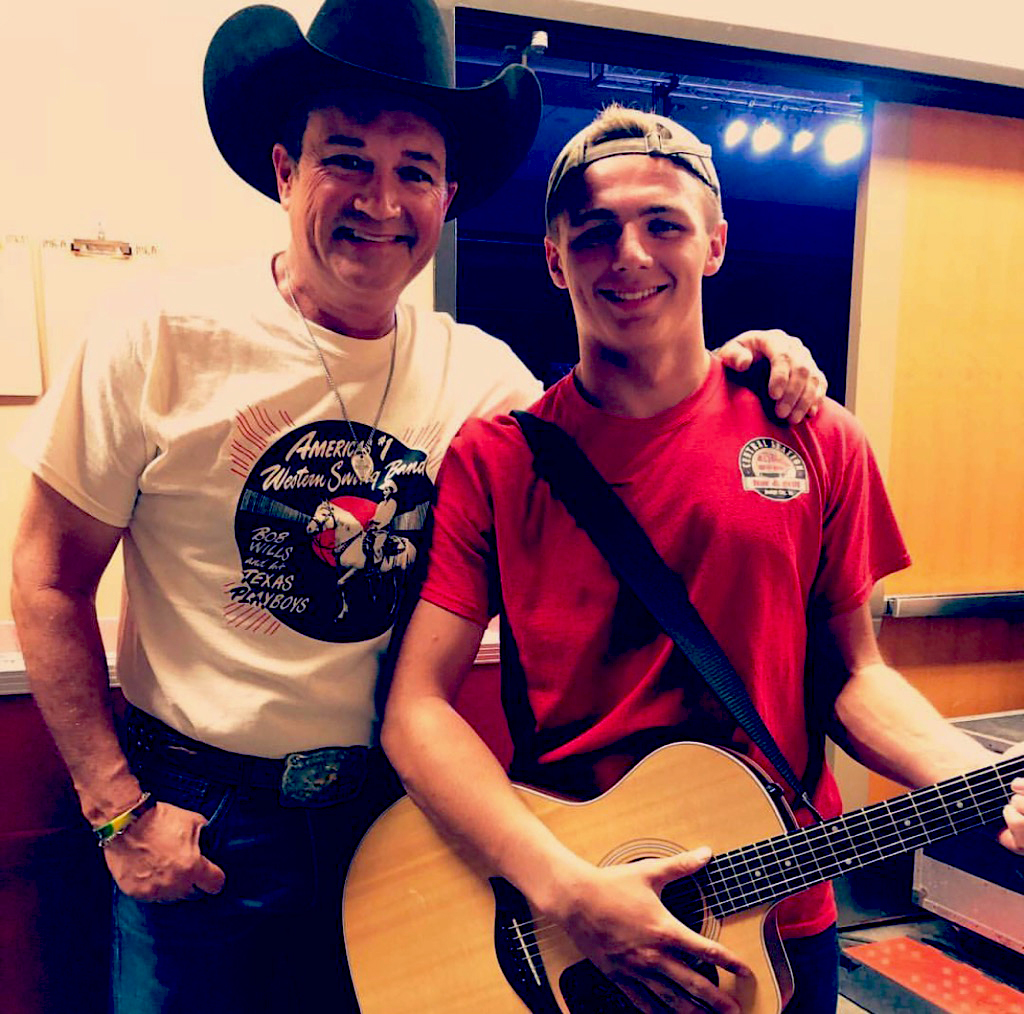 “Bailey was thrown into the fire that night and came out without a burn,” Byrd said this week. “Talked to him backstage and he was obviously incredibly nervous, but it showed not a bit on stage – the sign of a true pro. Most of all he seemed like a fine young man and I am glad we crossed paths.”

The irony of Bailey’s story isn’t lost on Vazquez. Back home in the Country Music Capital of the World, Bailey would have a hard time just getting a couple minutes at a local dive bar. Some 800 miles to the west in tiny Dodge City, the soft-spoken freshman is opening for a multi-platinum artist.

“He’s got some talent for sure,” Vazquez said. “In Nashville he never would have had this chance, but even though I kind of sprung it on him, he did a great job and the crowd really liked him. He definitely made me look good.”

Prior to opening for Tracy Byrd, Bailey’s only real, solo performance had been on the small stage at Guymon Petro. Right after he left the stage at United Wireless, Vazquez and Central Station invited him to open a show for Kyle Park the very next night.

Country radio station 96.1 also asked Bailey to come to its studios for a live interview and performance, during which he debuted his original song, “Trust in Me” – written about a girl he met on campus at DC3.

His posts about the radio performance and concert have received hundreds of views and have been shared dozens of times. School and football obviously take most of his time, but currently he is writing another original song and working on plans to record “Trust in Me” somewhere locally.

Not bad for a kid who a couple months ago couldn’t get any love at his hometown B-Dubs.