“The profound vision provided by these remarkable families is creating an enduring legacy of institutional excellence and community pride.”

The Goff and Burke families have been faithful advocates for the mission of Dodge City Community College for decades.

That support encompasses everything from personal volunteer service and leadership to major financial contributions to athletic and academic programs.

In recognition of their unwavering support, and in honor of the legacy of both families Dodge City Community College has officially branded the Conqs’ home floor The Goff-Burke Family Court.

“Dodge City Community College and Conquistador Athletics can’t thank the Goff and Burke families enough,” said Jake Ripple, DC3 athletic director. “They have been an integral part of this college and community for decades, and we look forward to their selfless generosity and involvement for years to come. They are magnanimous in giving their personal time and resources in support of DC3. This court is shining illustration of the passion this family has for Dodge City Community College.” 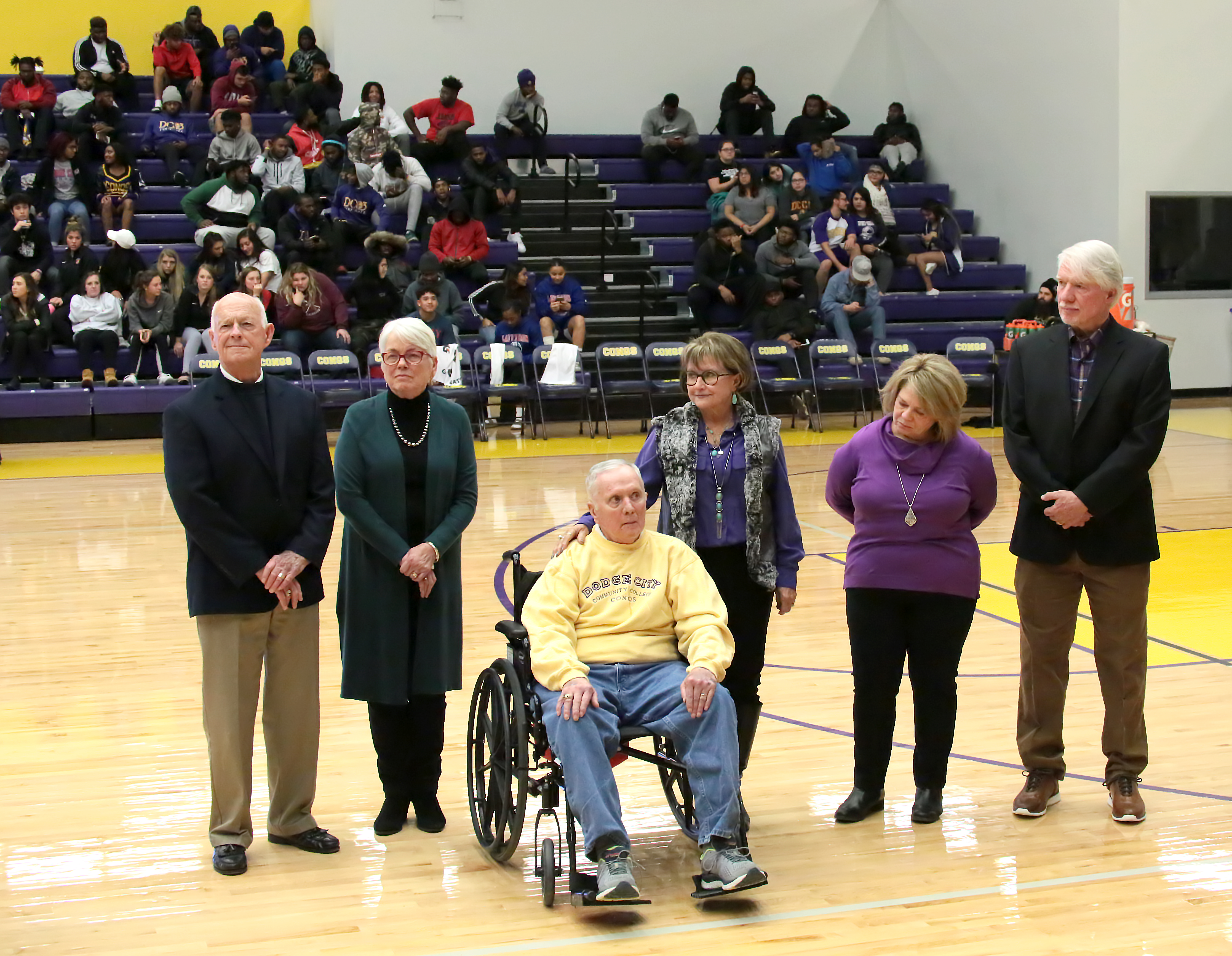 At a ceremony during halftime of the Conqs’ victory over Butler Wednesday, Ripple presented representatives of the families with commemorative posters detailing the commitment to service embodied by the Goffs and Burkes.

The two families were united in marriage in 1972 when Greg Goff, fresh off of a Baker University bachelor’s degree and record-setting basketball career, married Linda Burke.

Linda, herself a lifelong educator, spent 17 years teaching French at Dodge City High School before retiring and eventually serving on the USD 443 School Board and spearheading numerous district improvement efforts.

Her family owned and operated Burke’s Shoes, and after working in the family business, her brothers Richard and Larry began educational careers that helped to guide Dodge City Community College for decades.

The Goff family has made a multi-generational commitment to Dodge City Community College. Don Goff and his wife Norma began supporting the college in the early 60s, and Don served on the DC3 Board of trustees from 1973-77.

Greg Goff was inducted into the Conquistador Athletic Hall of Fame in May of 2015, and is set to be honored for Outstanding Volunteer Service with induction into the college’s Hall of Fame this Saturday.

Greg and all of his siblings, Sherry, Sheila, and Marty, graduated from DC3. Greg was a scholarship basketball player under head coach Dick Brown. He also played tennis for the college, qualifying for the state junior college tourney.

Goff Motors supplied the DC3 basketball program with a vehicle for over 25 years, as well as annually donating a vehicle for the DC3 Foundation’s scholarship auction. In 2001, the family established the Don Goff Memorial Scholarship – awarded annually to a Dodge City or Bucklin High School senior. 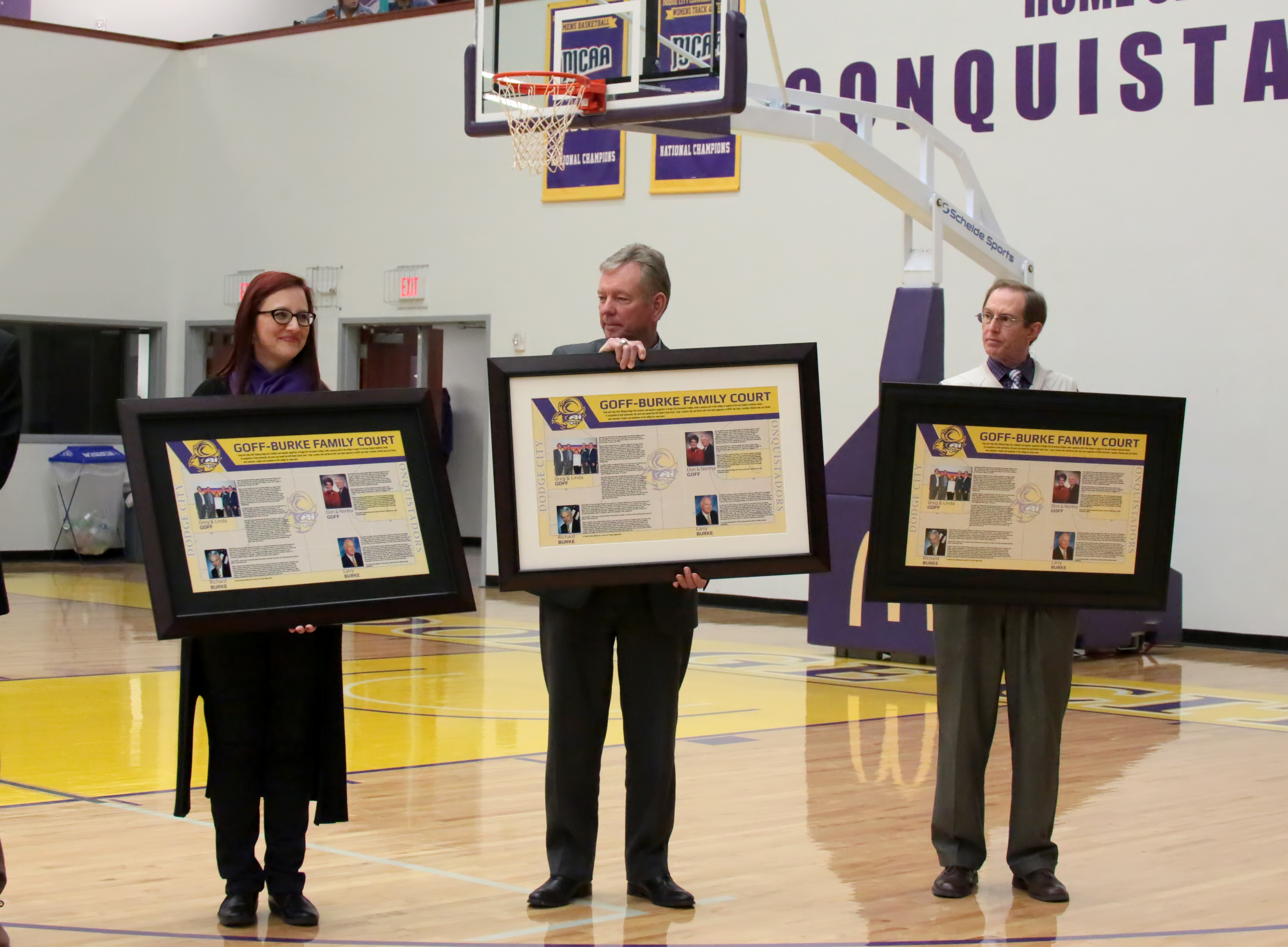 “The relationships and bonds that have been formed by the Burkes and the Goffs have made immeasurable impacts on our community and our college,” DC3 President Harold Nolte said. “The profound vision provided by these remarkable families is creating an enduring legacy of institutional excellence and community pride.”

His short story, “Quan Loi,”won professor Burke “Best Short Story” from The Kansas Author’s Club, and was published in Kansas Voices in 2002.

Professor Burke personally raised thousands of dollars for campus beautification projects. He won the Distinguished Faculty Award prior to retiring from the college in 2012, and was inducted into the DC3 Hall of Fame for Outstanding Career Achievement in 2016.

Like his brother, Richard Burke’s career was marked by auspicious military accomplishments. An Army Ranger and paratrooper, he earned two Bronze Stars, two air medals, the Viet Nam Honor Medal and three Army Commendations. Capt. Burke served as a Brigade Operations Officer and senior aide-de-camp to the 1ST Field Force Commander. He was also the Officer in Charge for funeral ceremony of President Dwight Eisenhower in Abilene.

Dr. Burke taught numerous classes and served as the Director of Graduate Studies at the K-State College of Business Administration – twice winning the Outstanding Teaching Award and Fellow Award. 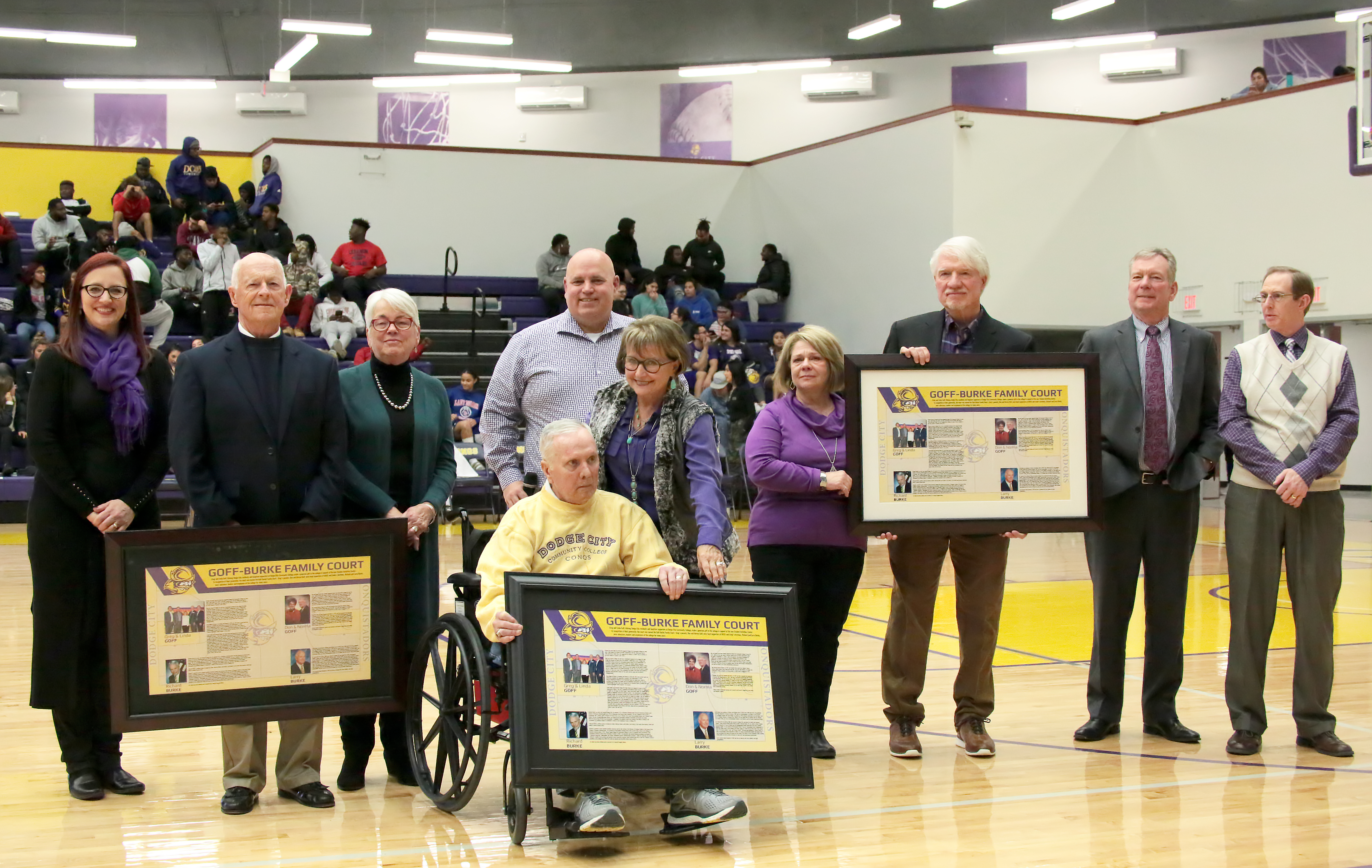 Dr. Burke joined Dodge City Community College as associate dean and director of the Vocational and Technical School before being tabbed as president in 2000. Dr. Burke was president of the college for 10 years – one of the longest tenures in school history.

His administration was noted for its fiscal stewardship and relational leadership, and Dr. Burke was credited with implementing numerous innovative and progressive programs that continue to benefit the college and community.