For the last couple years however, unfortunate circumstances have prevented the annual performance inside the Gothic Revival cathedral which rests like an ornate solitaire atop the otherwise simple band of the Great Plains.

Foul weather cancelled the concert a couple years ago, and then last year major flooding thwarted both the winter and spring shows. 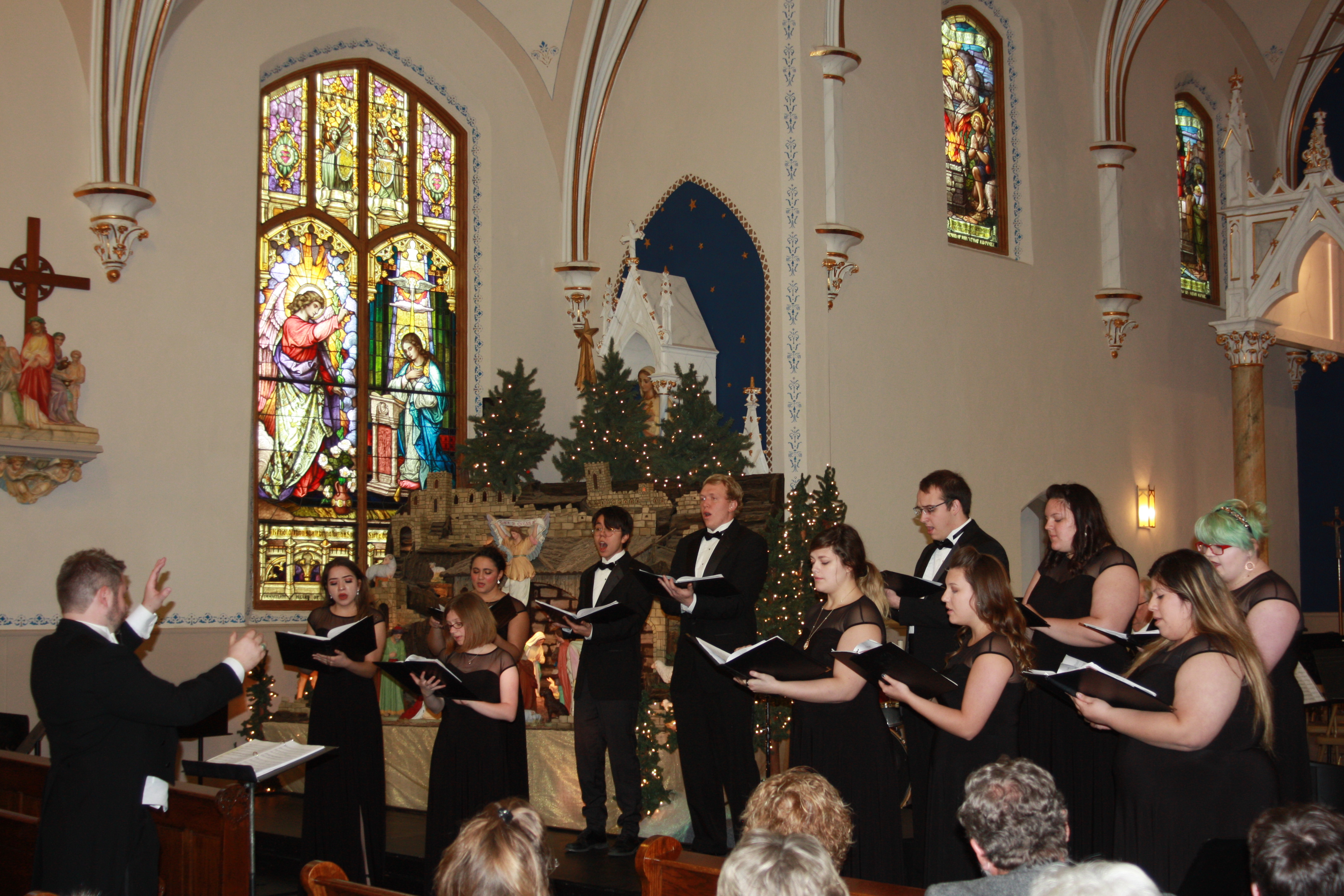 Extensive repairs were completed and Sunday the concert finally returned to the “Cathedral on the Plains.” Tonight at 7 p.m. the Holiday Concert Reprise will be presented at the First United Methodist Church in Dodge City.

Kerry Kuplic, music professor at DC3 and conductor for the show, said the college eagerly anticipated the Holiday Concert’s return to Windthorst. The performance at Windthorst is a favorite not only for the great musical performances, but also in appreciation of the old church’s detailed aesthetic rarely found in modern construction.

“The church is such a beautiful venue,” Kuplic said. “The performers appreciate the experience and the ambiance. I know people travel there simply to enjoy the magnificent setting.”

This year, Kuplic was able to include two pieces of Hispanic folk compositions thanks to a couple of singers with the Spanish fluency to help with the lyrical nuances of the pieces.

The Immaculate Heart of Mary church has been listed on the National Register of Historic Places since 1989.