At the regular monthly meeting of the Dodge City Community College Board of Trustees Tuesday, some relatively common themes ran through the reports of several trustees.

Colleges all over the state are struggling to wage funding battles while trying to remain affordable and accessible, according to Trustee Kathy Ramsour, who recently attended a Kansas Association of Community College Trustees conference.

A recently completed trustee survey found that the top struggle facing community colleges in Kansas is funding, followed by student retention and affordability. Ramsour noted that the survey results indicate DC3 is not alone in wrestling with these issues.

“We basically match every other community college in the state with our concerns in these areas,” Ramsour said. Trustee Florence Jean Hampton pointed out that even the University of Kansas is set to eliminate some 150 positions in an effort to slash $20 million from its budget.

Those struggles are leading schools to up their game in terms of program offerings and financial considerations. 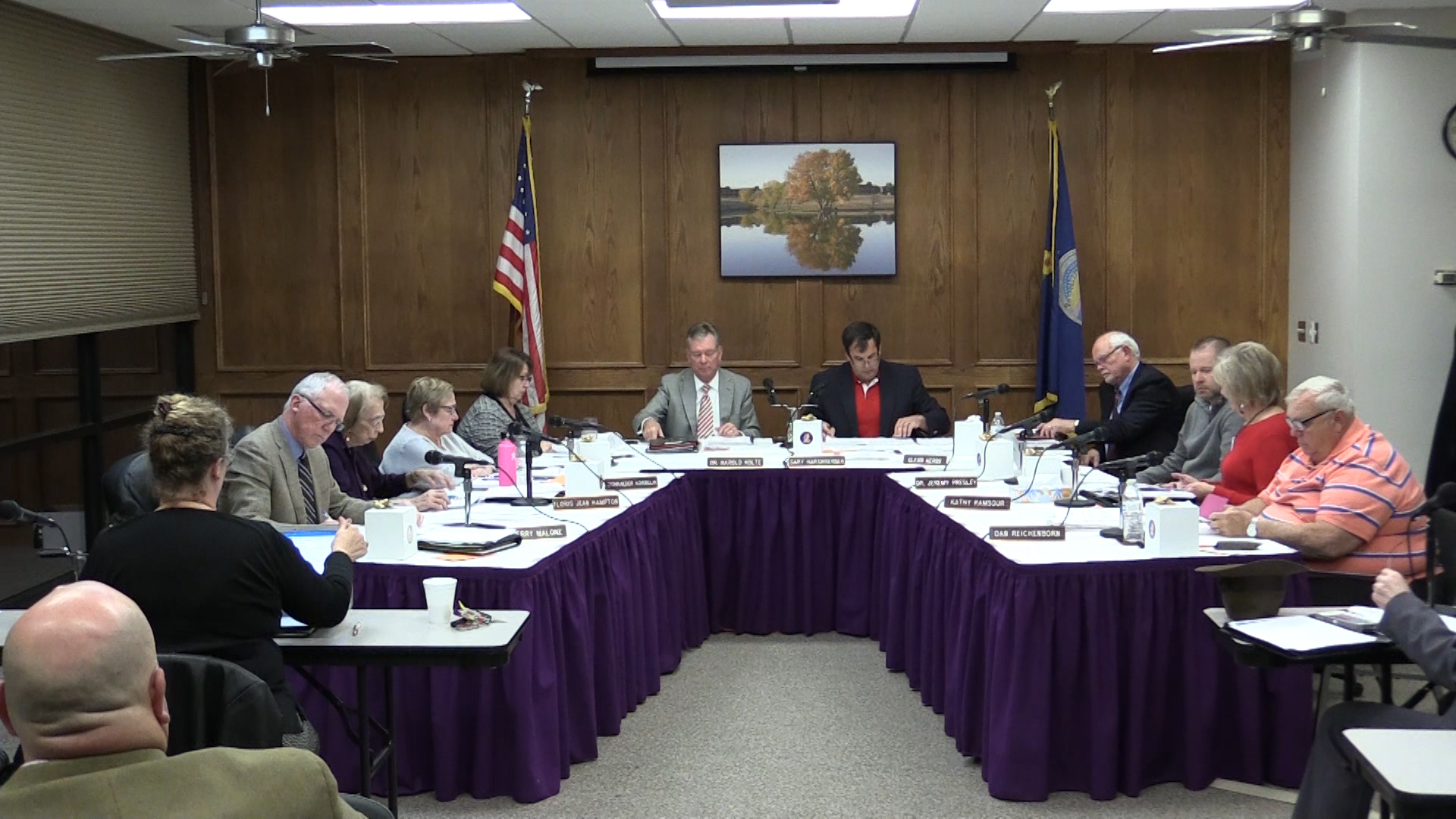 Hampton noted that Barclay College in Haviland was granted initial accreditation in November. She reported on a recently implemented Promise scholarship program through WSU Tech, which provides free tuition and fees as well as guaranteed job interviews. Hesston College in has a long-running aviation program which just days ago finalized a partnership with SkyWest Airlines that can efficiently transition students into potential careers with the airline, which operates in conjunction with Delta, United, American, and Alaska Airlines.

“That means increased competition for students,” Hampton said. “They are really working hard in those communities.”

Trustee Terry Malone also noted Promise programs from Texas and Tennessee that provide community college educations without tuition or fees, primarily funded through state treasuries. Malone said that in the Dallas Promise program, some 80 percent of participants are from underserved populations.

“That sounds a lot like Dodge City’s situation,” Malone said. “I think that within the next year we could easily have open access to our community college for Ford County residents with no tuition or fees. I hope that we work toward that.”

Nolte is very familiar with early-college or dual-enrollment initiatives operated in states across the country, in which students can earn a high school diploma and an associate degree at the same time by taking a mixture of high school and college classes. He pointed out that the widely successful programs are typically filled with STEM students from underserved populations.

“You’ve got a building called St. Mary of the Plains that’s basically empty right now,” Nolte said. “That’s a great opportunity for us to do something like this. I’ve done two of these and at my last institution, in the first year of the program we had 68 students graduate in pre-engineering and they all got scholarships to Texas Tech.”

Kansas is one of the few states in the country that does not have similar, statewide program, according to Nolte. 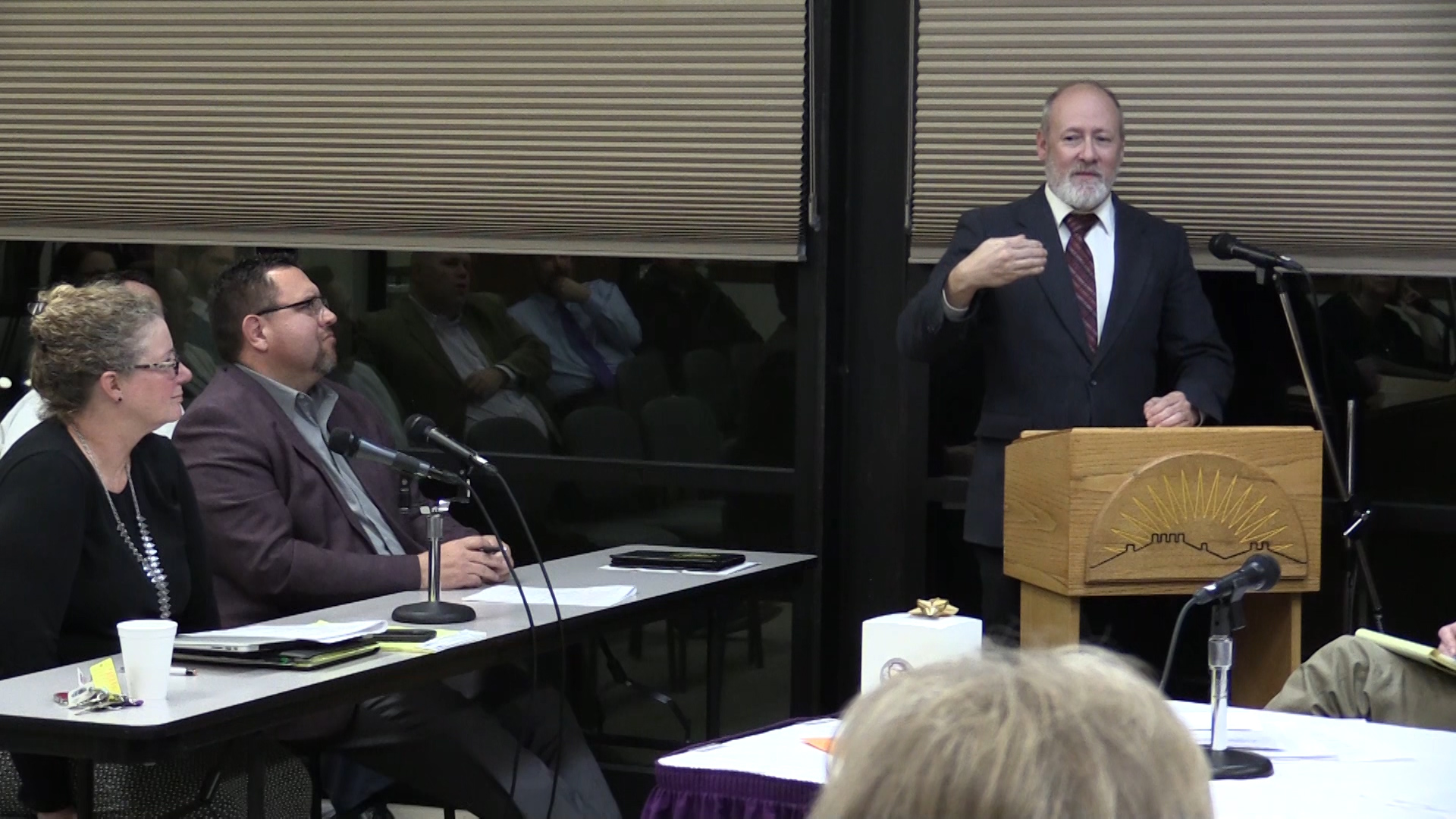 Searcy said that by being candid and open about issues raised by the HLC, the college was able to avoid the Interim Visit usually required by the agency. He said the HLC essentially approved of the measures DC3 administration is taking and is therefore only requiring the standard Focus Visit in 2020.

Chairman Gary Harshberger instructed Searcy to conduct the monitoring and internal reporting of the college’s remediation efforts during the interim period, regardless of the reduced HLC recommendations.

“That shows our professionalism and sincerity that we’ve continued to take the right approach for this task,” Harshberger said.

Trustees approved the hiring of former DC3 football player Ricky Coon as new head football coach, replacing Gary Thomas, who resigned following the end of the season. Coon played for the Conqs in 1999 and was defensive coordinator at Jayhawk Conference rival Highland Community College from 2007-2009. For the last five years he has been the assistant head coach at Southeast Missouri State University.

The trustees also unanimously approved an extension to Dr. Nolte’s contract. The president’s salary will remain at its current level, with his contract extended one additional year to June 30, 2021.