Thanks to Title V grant funds, and a lot of teamwork, the Connection Center at Dodge City Community College is moving forward with its goal to strengthen student success and retention.

At Tuesday’s meeting of the Dodge City Community College Board of Trustees, Connection Center director Karen Gustavson told trustees how Connection Center staff, college maintenance and IT personnel, instructors, and administrators all collaborated on a project to bring eight new Aver educational display panels into classrooms.

The interactive displays allow instructors to integrate multiple external sources into a presentation, and affords seamless collaboration between students and instructors on screen in real time. They’re sort of like electronic blackboards with the power of a networked computer accessible just under the surface. 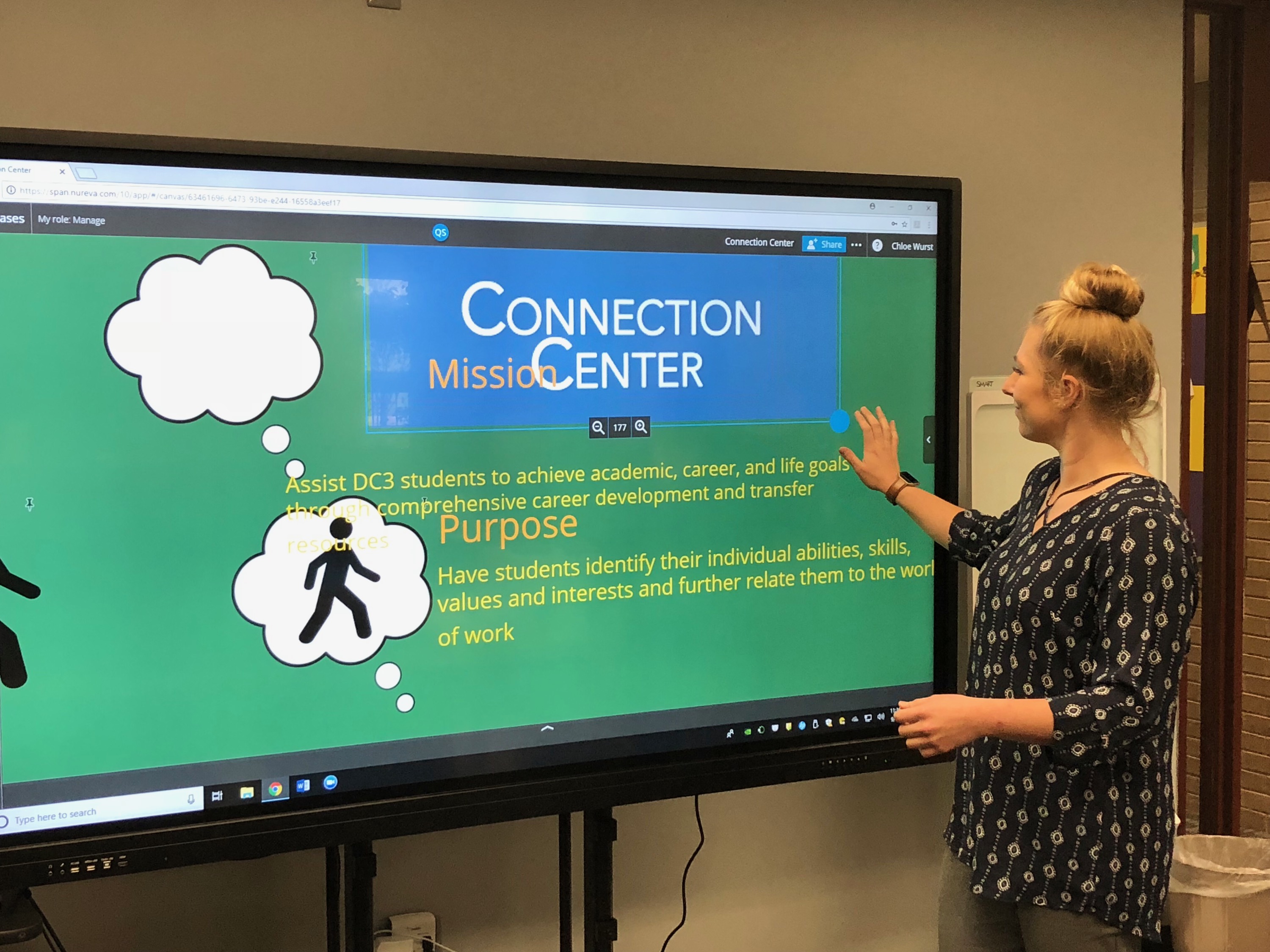 According to Gustavson, the new panels are brighter and more durable than similar products, and the learning curve for the Aver displays is far less steep.

“Instructors can get in and use these panels in about 10 minutes,” she said. “Students will be able to access everything right away.”

The interactivity and versatility of the boards mean more flexible learning options for instructors and students alike.

“We consulted with teachers and conducted demos to see how they could use this technology prior to purchasing it” Gustavson said. “Our teachers are very excited about being able to get their students more involved in their learning.”

Two of the boards are already installed in the Student Achievement and Resources Center for tutoring and Student Success Workshops.

According to Dr. Glendon Forgey, chief financial officer at the college, the shuttle bus is a dramatic improvement over standard 15-passenger vans. With a solid steel roll cage, lower center of gravity, dual rear wheels, and onboard storage capacity, they are easier and safer to drive, more comfortable for passengers, and are cheaper to insure than 15-passenger vans.

Forgey noted that while the vehicle is classified as a bus, a commercial driver’s license is not required to drive the new model.

The lease is something of a test drive for the van. The contract is only for three months, allowing maintenance and transportation personnel time to see if the TurtleTop-style vehicle is a viable replacement for the four aging, 15-passenger vans currently in use.

Head coach Chris Robinson and the Conquistador men’s golf team attended Tuesday’s meeting to be recognized and receive their award as the 18 Birdies National Academic Champion of 2018 with a team GPA of 3.74. 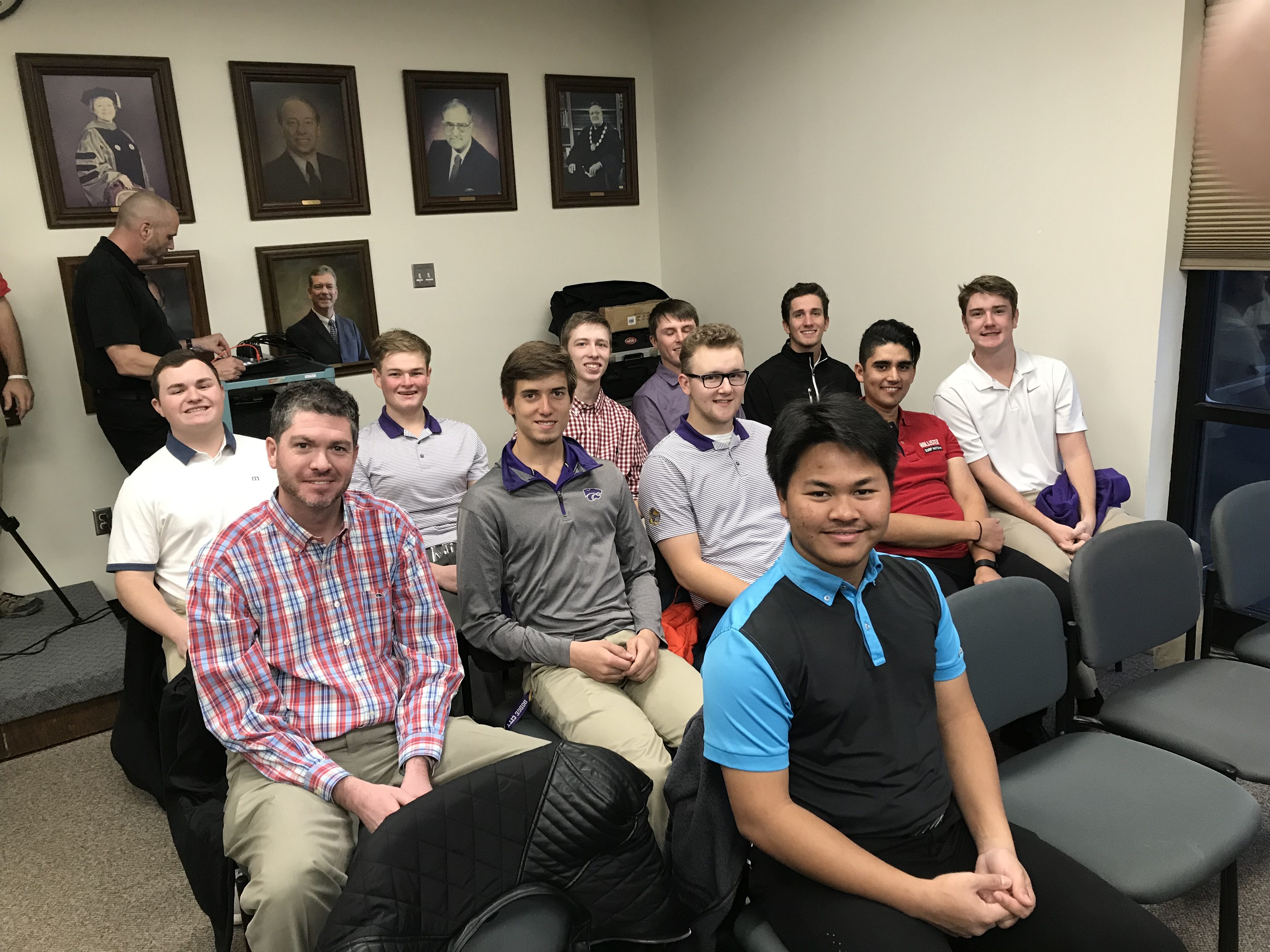 The trustees voted to send out a Request For Proposal, or RFP, regarding future financial auditing services for the college.

Kennedy, McKee & Company has been the college’s auditing service for many years. Trustee Kathy Ramsour pointed out that while the board has no issues with Kennedy McKee, due diligence requires that the board at least seek out another set of eyes to look over the books.

“The Higher Learning Commission suggested we get some other ideas and check ourselves,” Ramsour said. “We may find out we have a little slice of cake right here in our own back yard, but they need to see that we are being proactive with their suggestions.”

Forgey noted that Kennedy McKee would also be afforded the opportunity to submit a proposal.