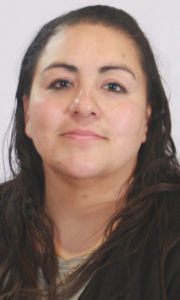 Marinita Aragon is trained as a social worker, but the college’s new accounts payable clerk never went into the field professionally.

“In social work, you really need a master’s degree,” she said. “I graduated but then we moved and I didn’t pursue it further.”

The family moved to Albuquerque when her husband Anthony was accepted to the University of New Mexico’s graduate program.

While Anthony pursued his doctorate in genomics, Marinita took a job with an insurance company in its billing department – her initial foray into the world of general ledgers, requisitions, and purchase orders. She also worked for a hospital in the area, performing much the same work but from the opposite end of the insurance spectrum.

Obviously, science has directed the family’s path. Anthony recalls his time doing scientific research and making discoveries as an exciting highlight in his life. Marinita definitely appreciates her husband’s accomplishments, but she is somewhat less enthusiastic toward science.

“I understand it but I don’t really get into it,” she laughed. “It’s interesting but it’s just not my thing.”

Marinita and Anthony knew one another most of their lives, growing up on the plains of eastern Colorado. High school sweethearts at Manzanola High, Marinita said the impetus to seek Anthony’s job at DC3 was a desire to get closer to home again.

They have several relatives still living around Manzanola, and Aragon says they spent enough years in the Southwest, having left Colorado in 2001.

“We were 13 hours away from everyone,” she said. “So we were specifically looking for something much closer. This was definitely a good move. Things are much easier.”

Aragon said that the family tries to get out into nature as much as possible – getting back to Colorado for camping trips when they can.

They used to rough it out on the campsite – tents and sleeping bags right on the ground, getting an authentic nature experience.

But on a Rocky Mountain camping trip in 2009, nature got a little too authentic. During the early morning hours, a hungry bear lumbered into their campground and proceeded to freak everyone out… including the Aragons.

“We definitely use a camper now,” she laughed. “Everyone woke up and saw the bear. It was like three in the morning and some people just packed up their stuff and left right then.

“It was really scary so it was time to get a camper. It’s a lot safer… and you have a microwave and coffee pot.”

Marinita and Anthony have two children – a 13-year-old daughter Majandra, and a 10-year-old son Onesimo. 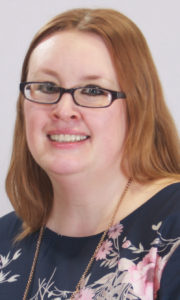 Jessica West, DC3’s new comptroller, describes her education and career in the dry, reserved manner one might expect from a person in charge of overseeing the daily accounting operations of the college.

She grew up in Bucklin and earned a bachelor’s in business management with an emphasis in finance from Fort Hays State in 2005. She then went to work for Bank of the West and the Kansas Soldier’s Home.

For the last eight years, West was the finance coordinator for Ford County, helping commissioners compile the budget and maintaining the general ledger for the county.

Her husband, Jesse, is a Tech Ed teacher at Dodge City Middle School since 2005.

They don’t have children. She does ceramics. According to West, her life is pretty mundane… nothing really extraordinary or unusual.

Yes, she certainly does. And contrary to her supposed ordinary life, West’s pets are a curious mix of colorful creatures.

West and her husband have several chinchillas and sugar gliders, which she says “aren’t exotic, just really unique.”

West’s affinity isn’t only for the cute and furry; her house is also home to several tree frogs, fish, chameleons and a gecko. She even raises her own crickets for her amphibious house guests.

Decidedly non-furry are West’s Halloween moon crabs, multi-colored crustaceans about the size of your hand.

In addition to her cricket ranch in the garage, West has to manage different food for each animal. The chinchillas and moon crabs have their own pre-mixed meals, but the sugar gliders get a fresh fruit and veggie mix, plus an egg-and-honey protein mix every night.

She says people do occasionally rib her about all she does for her pets. “Everybody makes fun of me, but that’s okay,” she said. “I love my animals.”

Her colorful menagerie is not without the obligatory assemblage of assorted cats and dogs. West worked with the Ford County Humane Society for over five years, fostering numerous dogs and cats until permanent homes could be found.

“I’ve just always had animals,” West said. “Just dogs and cats growing up because my mom doesn’t like lizards.”

With cats roaming the house, West says she keeps her diminutive friends in the basement. Sometimes the cellar door gets left open accidently and a cat sneaks down the steps. West said the sugar gliders operate their own “early warning system.”

“They actually bark like a dog,” she said. “They definitely let us know when the cats are down there. When we first got them it was a zoo because my dogs thought there was another dog in the house.”

Despite her deep affinity for animals of all kinds, West said a career as a veterinarian was never in the cards.

“If I could work with animals all day long I would,” she said, “but I can’t handle the blood and I wouldn’t be able to put them down.”