This is the third year for the YEC, which is presented by the Dodge City/Ford County Development Corporation in association with Network Kansas E-Community Partnership.

Lauren Seachris won this year’s competition with an idea for a business that’s already a business. The 13-year-old from Dodge City started Lauren’s Treat three years ago. She bakes organic dog treats in her family’s kitchen and sells them at 28 locations around Kansas. 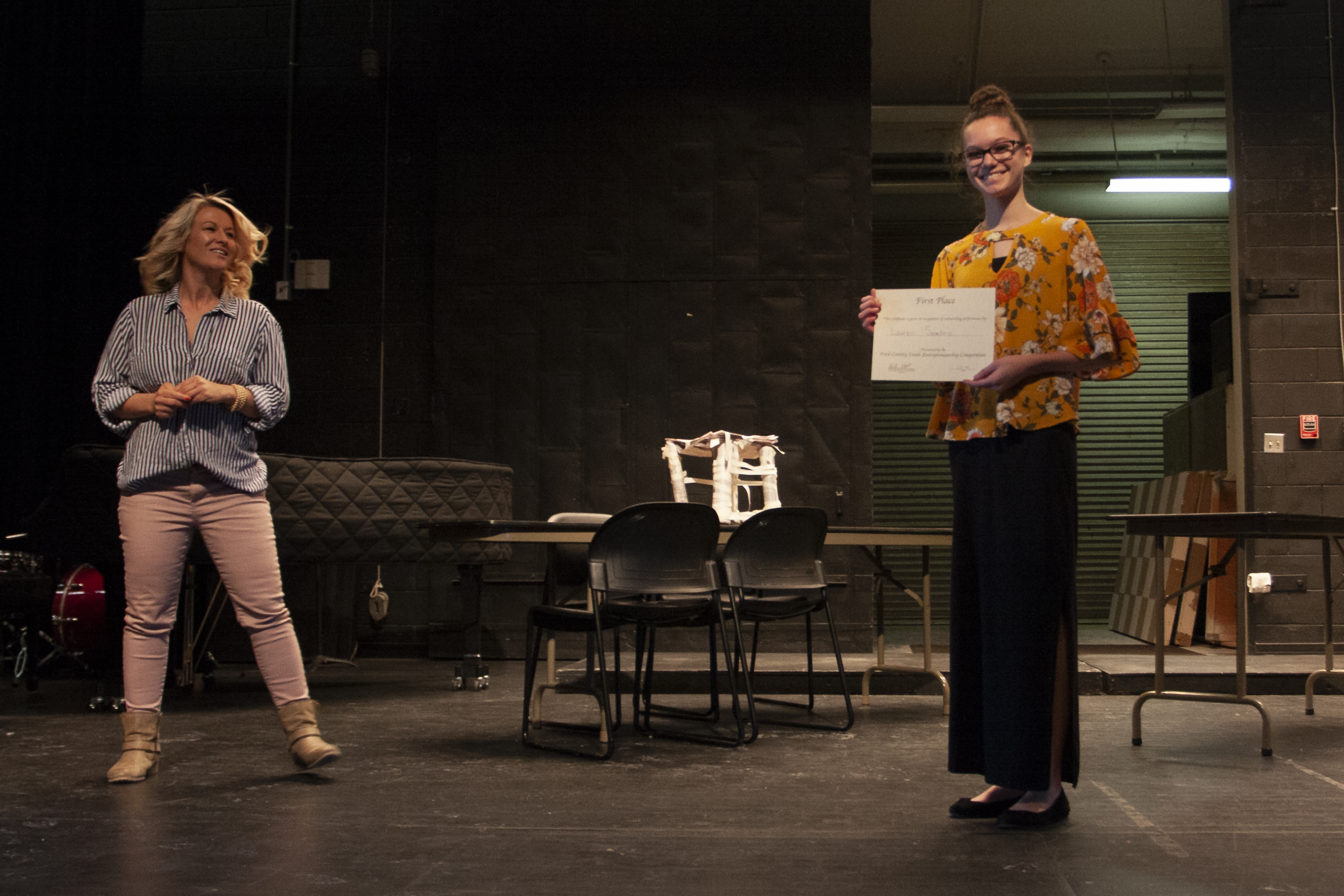 She has made more than $36,000 selling her treats and homemade pet accessories, but all the profits are directed for a bigger cause. Seachris has used all of Lauren’s Treat’s profits to build seven homes for the poor in Nicaragua – with plans for more.

“I’m really excited to see how Lauren builds her business from here,” said Joann Knight, director of the Development Corporation. “She has been very active working it at trade fairs and partnering with different stores and vendors to get her products out.”

Third prize went to Dodge City’s Jana Garcia for her idea, Hand-Me-Ups. Garcia’s concept is to take used clothing and repurpose it by adding design elements or making other changes to a garment and then re-selling the merchandise.

This year’s competition attracted more than double the participants from last year. “We started this as an opportunity for students from some of the smaller schools to be able to compete,” Knight said, “so we’re glad to have gotten more participants from out of town.” 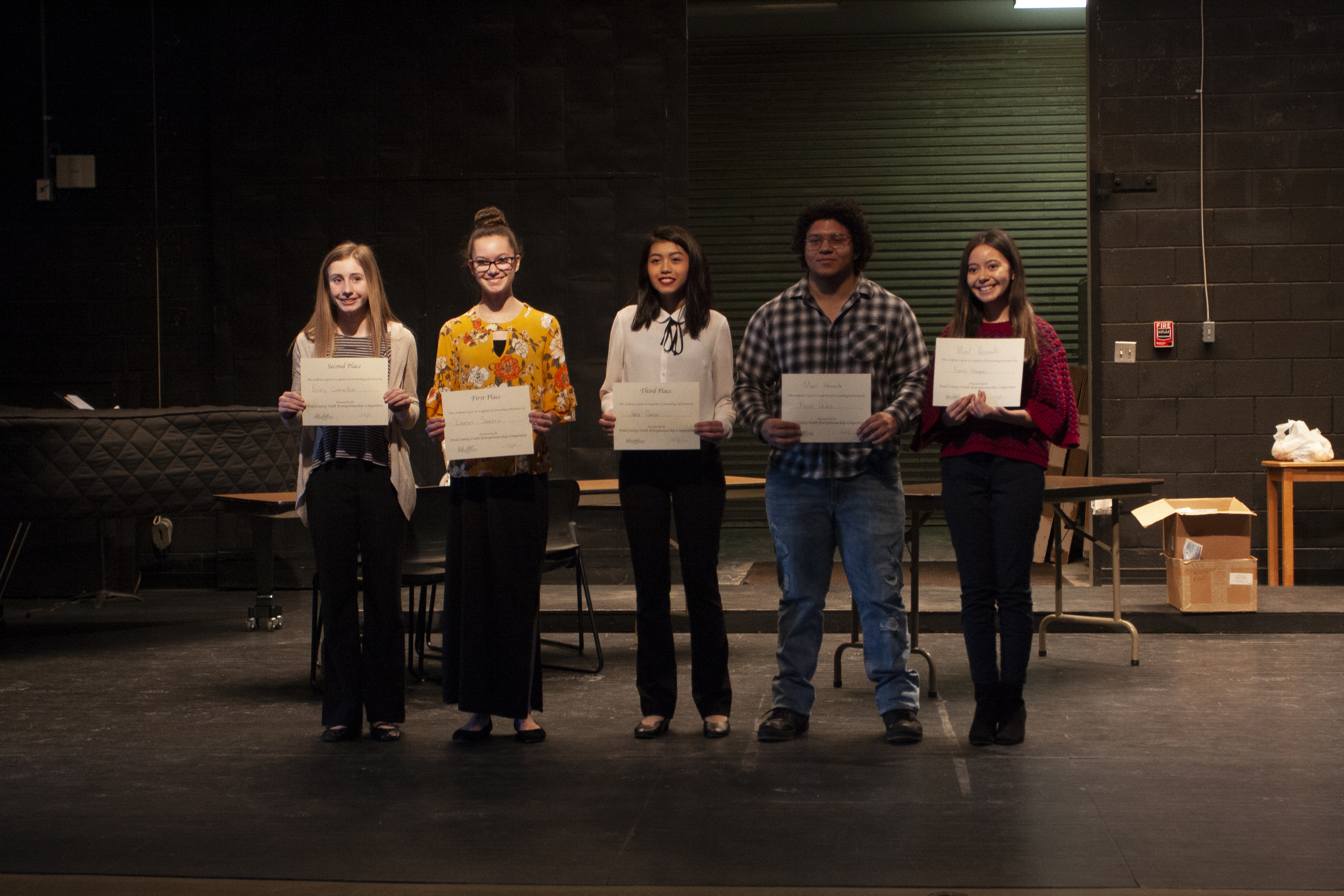 “Many of these are very viable businesses,” Knight said. “The students exuded real passion about what they wanted to do.”

“I was amazed at the knowledge and level of detail these students showed,” said Doris Donovan, professor of business at DC3 and one of the competition judges. “A few of them were nervous, but they got out there and gave great presentations. I admire the amount of thought and work they put in.”

Six other YEC competitions were going on across the state Tuesday. Nearly three dozen challenges take place throughout the school year. The statewide challenges will culminate in the state Kansas Entrepreneurship Challenge April 30 at K-State in Manhattan with more than $75,000 in prizes.