Combining Art and Welding to Create an Award Winning Sculpture

When Robert Cervantes began the welding program at Dodge City Community College he didn’t plan for the highlight of his training to be an art project.

Despite taking an art class almost as an afterthought, Cervantes’ creation from that course took first place at the Kansas State SkillsUSA Championship in late April.

If not for strict financial aid requirements, Cervantes’ sculpture may never have come to life.

At the beginning of the spring semester, Cervantes needed an additional class to complete his schedule for full financial aid. In his final semester, Cervantes wasn’t looking for an especially challenging course just to fill a spot, so his welding instructor Justin Weil suggested that he take an art course.

“It really wasn’t something I wanted to do at first,” Cervantes said, “but Justin encouraged me to stick with it.” 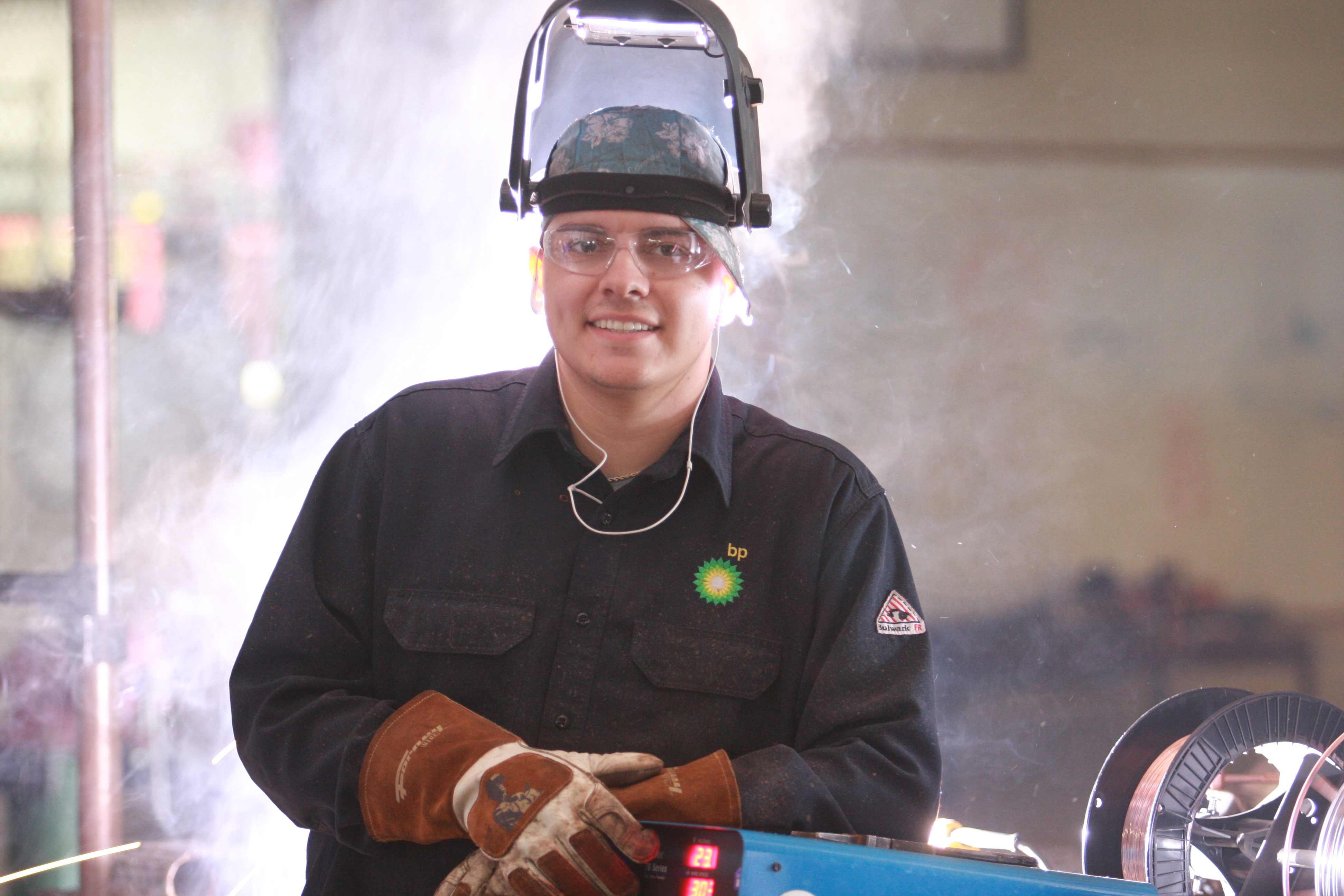 He said he wasn’t inclined toward art in any way, but Weil’s support gave him the motivation to try it out.

“They say some people see something in you that you don’t yet,” he said. “Justin’s really an amazing teacher. He pushes us to do things we don’t think we can do.”

“Crossing discipline is always a plus,” Weil said. “Devlin was gracious enough to let him do his art classes and still give him time to come over here and start creating.”

Cervantes estimates that he put in some 40 hours of physical work into the project, not to mention all the ancillary work required.

“It took a long time,” Cervantes said. “With all the planning and changes it took me at least two months, but I wanted it to be perfect.”

The competition called for more than just the finished product. Throughout the process, Cervantes maintained a detailed timeline of his progress with photos documenting his progress. He had to create and submit detailed sketches and scale drawings, as well as cost and time analyses of his project.

Cervantes used different heating methods to create the texture and colors he wanted, and he forged many of the pieces himself – a difficult process since the program doesn’t have an actual forge.

“Almost every welding technique that he has learned in this program was utilized in that sculpture,” Weil said.

While he was in his high school art classes, his teachers would assign drawing or painting to the rest of the class but allow him to practice sculpting with clay and wire.

“My hands are better at building than drawing or painting,” he said. “A brush in my hands isn’t going to accomplish much.” 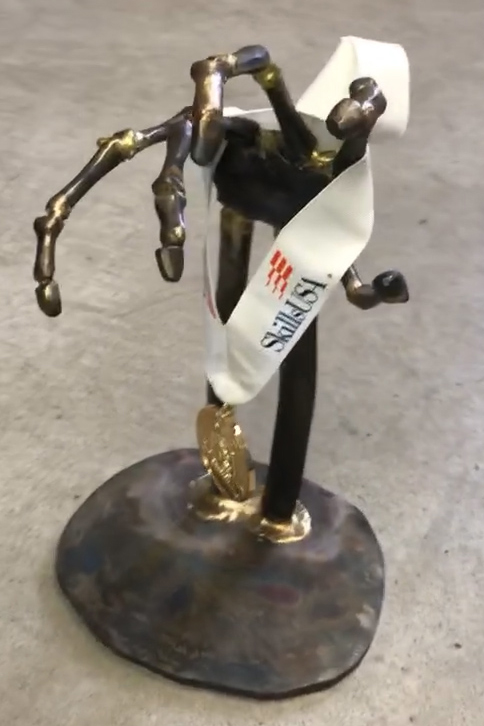 A retired welder teacher and artist offered to buy Cervantes’ creation, but he’s reluctant to part with his first-born creation.

This was the college’s first entrant into the welding sculpture competition. With Cervantes’ success, Weil said he will encourage more students to try their hand in the future – hopefully with a little more lead time.

“We’ll try to get them started more than a couple months before the competition,” Weil said. “It’s a good demonstration of their training. Art and fabrication are one in the same, it just depends on your perspective.”

Cervantes, who just graduated with his Associate of Applied Science, has plans for other creations, primarily articulating Mexican culture. His skeleton hand sculpture is a reflection of his heritage.

“I had to name my sculpture, and right before I walked in I had no clue what I was going to call it,” he said. ““My grandmother always did a lot of stuff for Dia de los Muertos, so that’s what I named it.”

Cervantes and “Dia de los Muertos” will travel to Louisville, Kentucky, in late June for the national competition.

Cervantes values his heritage and sees his creation as a tangible bridge between the past and future.

“I don’t want my kids to forget all my grandma’s stories and everything she passed down,” he said. “The sculpture’s not going away. My kids will see it someday and ask about it. I’ll be able to pass the stories and history down to them.”