At its regular monthly meeting April 23, the Dodge City Community College Board of Trustees made a number of decisions to streamline operations and update the college’s technical workforce programs.

A pair of programs were eliminated, making room to expand other offerings, and college officials negotiated changes that will result in significant annual savings.

DC3’s Electrical Power Technician and Automotive Technology programs will cease at the end of this semester. By streamlining technical offerings, DC3 is able to concentrate resources on programs that are in high-demand.

According to board chairman Gary Harshberger, more space will be available to expand other programs.

In addition to being able to spread precious resources out to a narrower field of programs, Harshberger said that plans are now in the works to expand the college’s thriving Diesel Technology program, and initial research is underway for a specialty ag program focused specifically on the needs of southwest Kansas.

DC3 President Dr. Harold Nolte said that student outcomes should be the major factor in allocating workforce resources. The college must focus specifically on programs for rapidly growing, in-demand jobs – jobs that today’s students are actually looking for, according to Nolte.

“We’re really only responding to empirical data,” Nolte said. “If a program has consistently insufficient numbers, or if students are being underserved instructionally, then it’s our responsibility to the institution and our duty to students to make changes. We set a high standard for workforce. It’s not about the quantity of programs but the quality that will benefit students.

“These moves make great financial sense and we can focus investment on what we do well and what students want.” 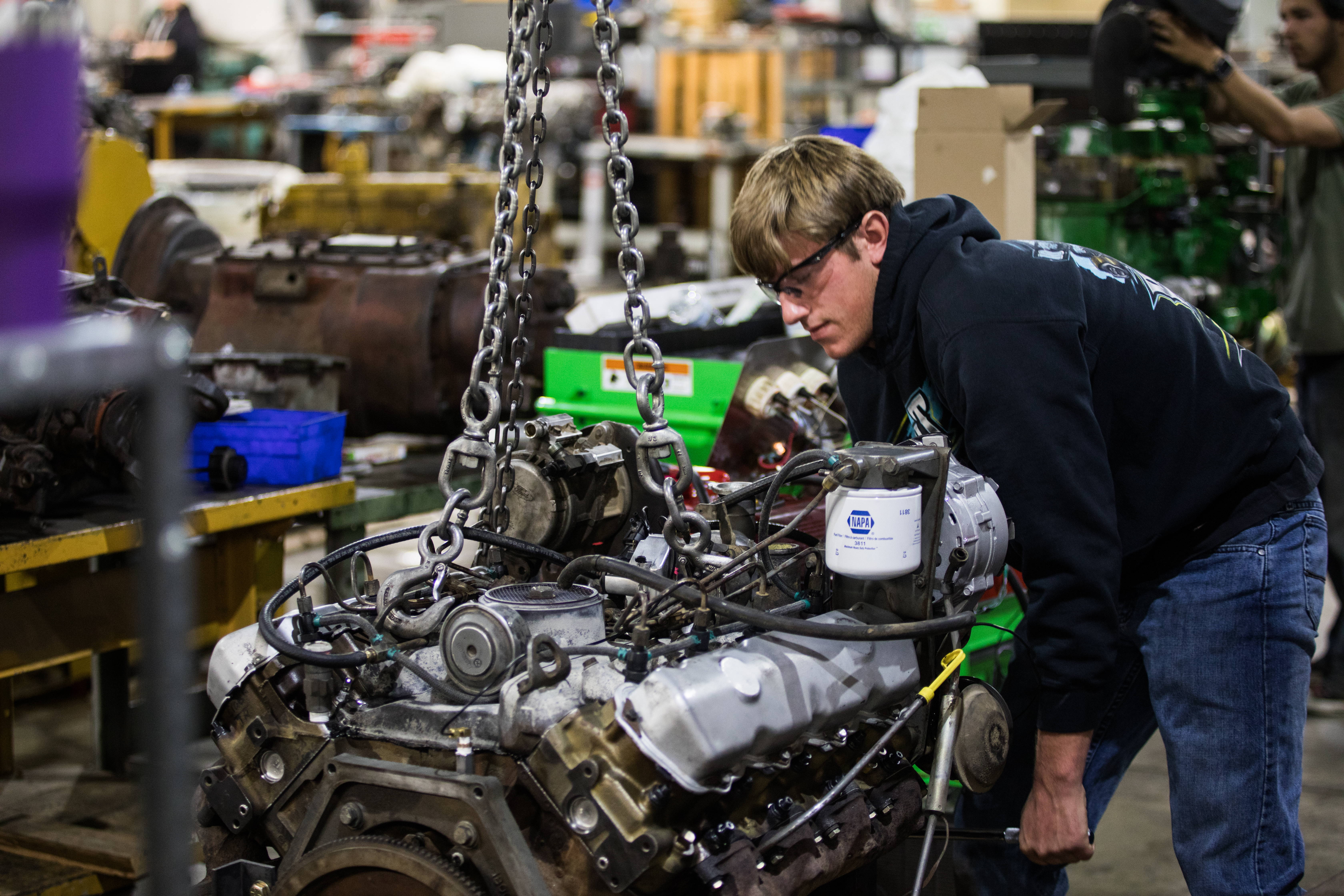 “We will continue to work toward developing and growing workforce programs that result in good jobs for our students,” said Ryan Ausmus, Dean of Workforce Development. “We are going to build on what we do well and our students are prepared for high job placement in professions that are in high demand.”

College officials are also scrutinizing the helicopter program and its situation with the Veteran’s Administration – which seeks reimbursement for funds it says were overpaid.

Some concern was raised about eliminating some programs while maintaining the helicopter program. There have been scattered calls to close the program, equating it to a partnership that supposedly led to the demise of the former St. Mary of the Plains College.

Harshberger said that he has spoken with people who were in leadership at St. Mary’s at the time, and they have stated that if the Sisters of Saint Joseph had fought for the school and worked closely with the Department of Education they would likely have prevailed and maintained operations.

“That’s what we are currently doing,” Harshberger said. “We are fighting for our college and working closely with the VA to remedy the situation. “Dr. Adam John is working tirelessly on the process set forth by the VA.”

That process will likely be a long one. John and the VA are analyzing each claim on a student-by-student basis. John is combing through records to provide the VA with correct information – which it did not have when it made the initial overpayment calculation.

Harshberger said the fiscally and morally responsible course of action is to continue to rebuild the trust and respect with the federal agency.

Harshberger posited the question of what would happen to the supposed debt should the college “cut and run.”

“Would it just magically go away? Of course not,” Harshberger said. “I cannot promise that our plan is going eliminate all the debt, but I can say that in the two years since the VA began sending notices, they have not made demand for payment.

“Shutting down the program and closing offices in the middle of productive negotiations makes no sense and sends a message of instability and chaos,” Harshberger said.

Harshberger also pointed out the board’s approval for a new CNA program. DC3 will deliver the courses to at least 30 DCHS students each semester in a laboratory and classroom at DCHS. The new program is a partnership between the DCHS Pathways program and DC3, and fills a great need in Dodge City. According to Mechele Hailey, director of Nursing and Allied Health, 70-80 students are currently interested in taking the course.

Forgey and administration officials pinpointed a new broadband carrier for the college, KanREN Broadband, which will increase the school’s capacity from 200 mb to 1 gigabyte, at speeds five times faster than the current service. Even with the greatly improved service, the end cost to the college will amount to about $1,000 per month less than the school is currently paying. 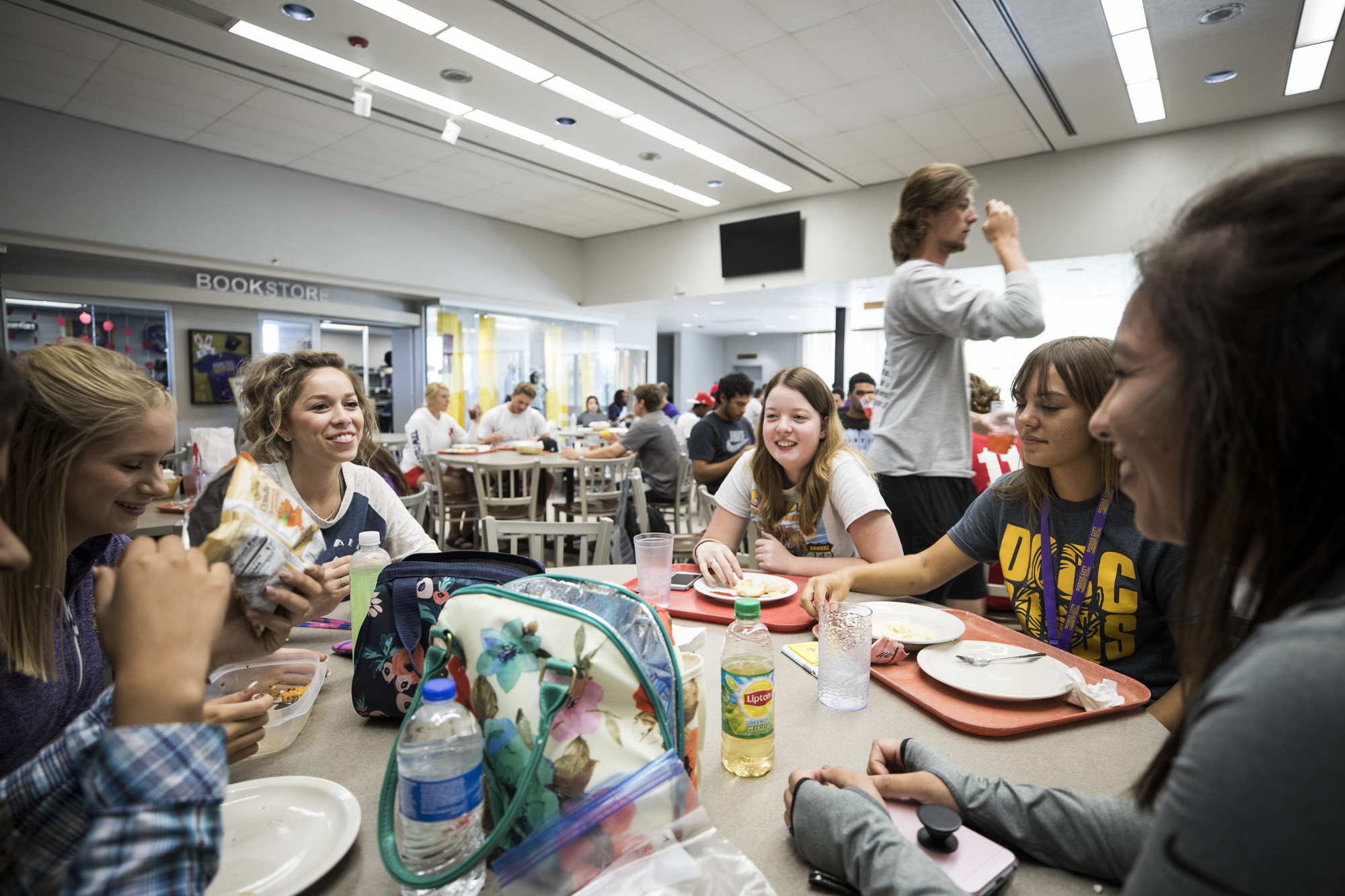 Forgey also negotiated a new Food Service Agreement with Great Western Dining. The former flat rate will be replaced by a sliding scale based on student population numbers. Forgey estimated the savings to the college of at least 50 cents per meal, per student.

Great Western also agreed to a $5,000 donation to the school, which Forgey said will be used for Student Union improvements.

College officials actively evaluate not only DC3 programs on a regular basis, but also often review other area community college offerings. Harshberger sees that workforce updates as an opportunity for schools in the region to streamline operations in concert.

Duplicate programs result in schools competing for the same students. Harshberger said that the goal is to develop a spirit of cooperation among community colleges in the region.

“We can do what we do well, and let them do what they do well,” Harshberger said. “By cooperating instead of competing we can better serve the students of this area.”

As additions to the night’s agenda were being announced, Trustee Terry Malone made a motion to discuss terminating the helicopter program and adding a vote to next month’s agenda. After Dan Reichenborn seconded the motion, it was quietly voted down 5-2.

Harshberger said that the board’s “reasonable and pragmatic” action will encourage officials from other agencies currently scrutinizing the school’s progress.

“Very positive actions came out of this board meeting,” he said. “There are a lot of eyes on us right now and it’s crucial that entities like the VA, the HLC, and KBOR see that we know what we are doing, and doing it the right way … that the board is acting as a rational, responsible body.”