Laura isn’t clear exactly how he came by the painting, but her husband William, who passed in April, was always quite fond of the college, and said DC3 should have the painting.

In the early 90s, the family lived next door to Laurence Stanton, then principal of Dodge City High School, who evidently convinced William to fill in as an occasional substitute teacher.

Laura doesn’t recall if William had bought the painting or if Chacon had simply offered. All she knows for sure is that Chacon painted the conquistador specifically for William.

“He brought it home and we had it in our home office and enjoyed it for years,” Laura said. 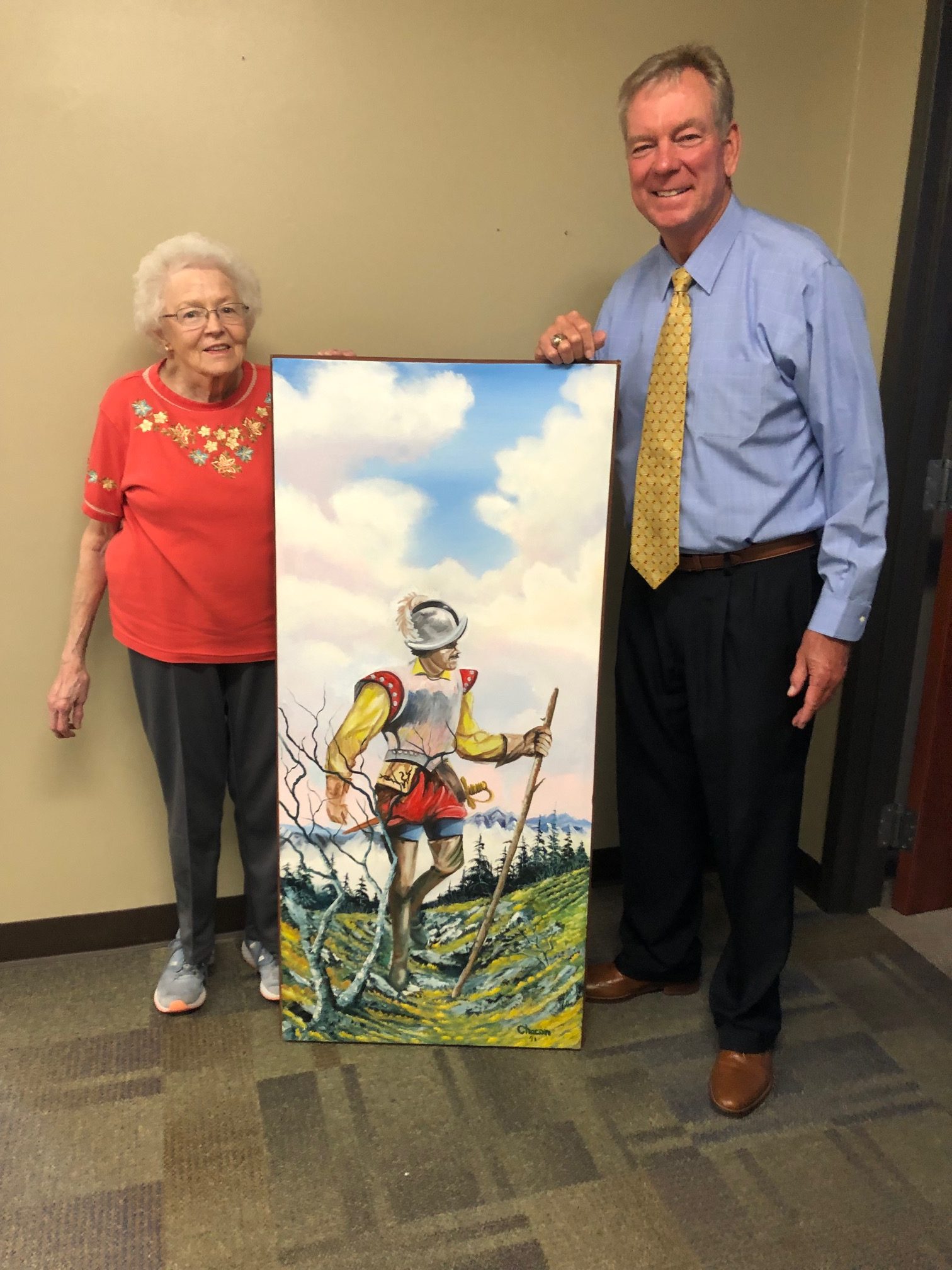 William earned his college degree from KU, but Laura said DC3 came in handy later in his career. When computers and networking started to revolutionize the business world, William took advantage of the college’s computer courses and “really updated his skills,” Laura said. “I think he may have had a bigger appreciation for the college after he took the computer courses.”

Laura took several classes through the Thursday College program the college operated at the time, which offered alternative hours for non-traditional students. She was eventually able to earn her degree.

“My time at the community college was really special,” she said.

Their grandson Jacob is currently a student at DC3, and granddaughter Rylee played basketball for the Conquistadors last year and is now a junior at Baker.

“William was very fond of the college and he always enjoyed students,” Laura said, “so I think it surely belongs there.”

“What a wonderful surprise,” Nolte said. “We appreciate the graciousness of the Burris family to the college. We’re proud to have it.”

The painting is displayed in the foyer of the President’s Office on the first floor of the student union.