No One Fights Alone

Then the following June, Nikki herself learned that she had breast cancer.

Soon after, Alexa, a freshman at South Gray High School, underwent a complete thyroidectomy where doctors discovered that the cancer had spread to her lymphatic system.

Nikki’s fellow nursing professor, Jennifer Lix, sent out a campus-wide email to bring awareness of the Debnam’s plight to the Conquistador family, and soliciting T-shirts and donations for support.

When Conquistador head football coach Ricky Coon read the email, his first thought was trying to find a way to help. Coon has four children himself, including a daughter about the same age as Alexa. He immediately thought to use his team’s sheer numbers to help raise funds for the family. 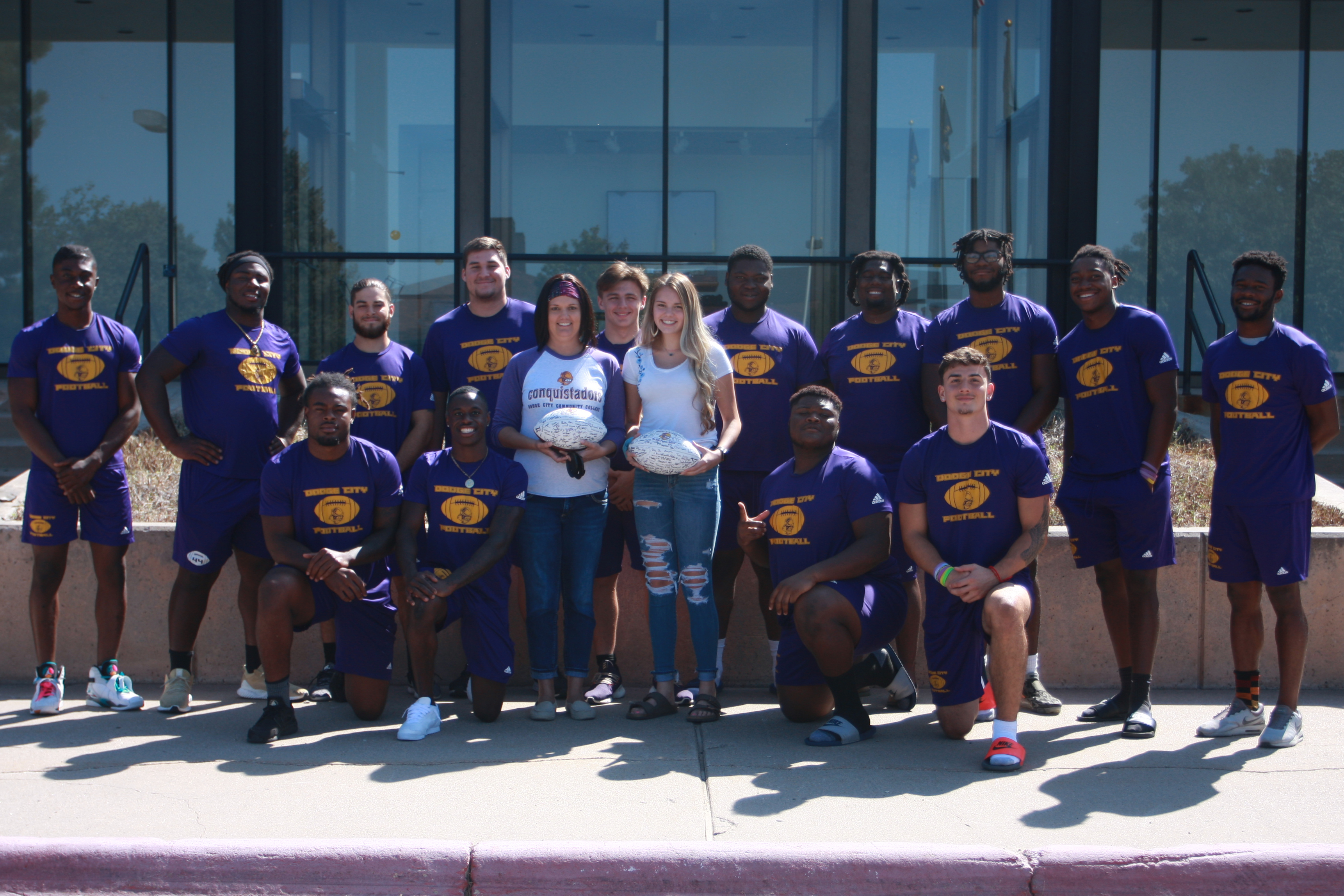 Since Coon arrived he has emphasized a spirit of family and giving back to the community.

“We talk to our team about leadership and helping others,” Coon said. “We emphasize adding value to other people’s lives on daily basis, and this is a perfect opportunity to add value to the lives of people in our college family.”

The football team raised $500 for the family’s medical fund. The volleyball team and the athletic department administration was able to match the football team’s donation, so the family was presented with $1,000 to help in their fight.

Coon also presented the mother and daughter with a pair of footballs signed by the entire team, and during the Conqs’ game against Butler County on Saturday, September 28th, players wore helmet decals in honor of the Debnams.

“This will signify that you guys are with us,” Coon told Nikki and Alexa. “No one fights alone, and we want you guys to know that we are right there fighting along with you.”

Additional donations can be sent to the Nikki and Alexa Medical Fund at Great Plains Federal Credit Union in Montezuma.