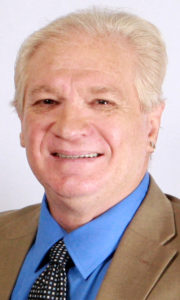 He is fluent in Spanish, English, and German, and has a working knowledge of Portuguese and Italian.

He earned a Master of Education in higher education and his doctorate in Spanish-American literature.

Aguado started the guitar about four years ago. He describes himself as a “perennially mediocre guitar player” who toils with the instrument whenever he can. “I’m left-handed, but everyone wanted to teach me right-handed.”

He said he admires accomplished guitar masters like Dire Strait’s Mark Knopfler who are left-handed but play right handed.

“Everything happens on the neck. There’s a theory that playing with your dominant hand on the neck should make you a more successful guitar player,” he said. “There are many examples of people who have been able to do that. I, unfortunately, am not one of them.”

Aguado enjoys cooking and baking, and dismisses any notion of Cuban food being hot. He noted the heavy West African and Mediterranean influences on the island that include lots of garlic and onions, cardamom and ginger.

“Cuban food is not spicy,” he said, “it is well-spiced. We have a lot of spices and flavors in our food but nothing is going to hit you and make you sweat. The main dish is rice, twice a day.”

He’s clearly a student of language, and he has been around the world teaching and interpreting and managing foreign exchange programs between Cuba and eastern European nations. He said he used his time in foreign countries to embrace the culture and more fully comprehend the nuances of language.

“Hand gestures, the way you sit, the non-verbal communication, those are important as the words,” he said. “When I was in Germany, I went where they went, I ate the food they ate, and did what they did. In six months my German went increased to native level.”

He said the 24/7 dedication to learning the culture helped him absorb the language itself because he essentially submerged himself.

“It’s all about commitment,” he said. “I was devoted to it. Living in the culture is like a free ESL class. When you go to the store or the bank, use the language. You have feedback coming to you all the time.” 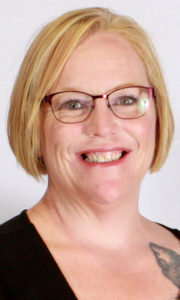 Sunshine Hicks has a passion for nursing and caring for people, but she also deeply loves teaching others how to care for people.

Turns out that’s just what she’s been doing most of her adult life.

Born and raised in Marion, Kansas, she started business classes after high school, but ended up getting her CNA certification. Eventually she would earn her LPN and RN from Hutchinson Community College and in 2015 earned a Masters in nursing administration.

She switched gears from business to nursing at the behest of her mother, who was a nurse all her life and actually attended the same LPN program at Hutch. Hicks said once her mother convinced her, “I absolutely fell in love with it,” Hicks said. “I love taking care of people.”

She said she worked at several different nursing jobs directly after graduation, working different surgical, emergency room, and intensive care units in the Hutchinson and McPherson area. She also did clinical work and taught CNA classes.

“I wanted to do it all,” Hicks said. “I was single and I didn’t have kids. I was hungry for work.”

She started her teaching career in 2010 when she returned to Hutchinson to teach in the LPN program where she received her degree. She taught there for six years, with a heavy emphasis on NCLEX preparation.

Hicks said she had no plans to leave but after her father passed away in 2010 she was left with just she and her sister as family. Her sister had moved to Meade was going to have a baby.

“I decided we can’t raise our kids four hours apart,” she said.

Eventually she was offered the job as chief nursing officer at the Meade District Hospital and was able to move close to her sister. She was the CNO there for six years prior to coming to DC3.

She has a very active nine-year-old daughter, Jolee Ann. She is a Girl Scout, plays four different sports, she dances and does gymnastics, and takes piano lessons…among other things.

Hicks is a coach for her daughter’s summer league softball and has been a Girl Scout leader for the last four years.

She still lives in Meade near her sister. Her daughter and niece have many of the same interests so Hicks and her sister “can pretty much tagteam both of the kids.”

Hicks teaches three CNA classes Monday through Friday. She said she’s very excited to get back into education.

“Teaching is one of my driving ambitions,” she said. “They are very eager students. They really want to be involved in healthcare so they take the class very seriously.

“I love those lightbulb moments with students. There is nothing better than teaching a person how to care for somebody’s somebody.” 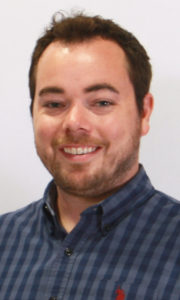 At first glance, his undergrad and initial graduate work may seem similar and his doctoral research disparate. But Lynch says the communication degrees were rather dissimilar, and the sociology research is a fusion of the two.

His undergrad focused primarily on mass media, while his concentration for his master’s was organizational and political communication. His doctoral research considered the sociology of the news.

“I was trying to find a way to bring those together,” he said. “The sociology department allowed me a pretty liberal focus. I was able to bring in information from these other fields. It was a great way to culminate it.”

Lynch incorporates sociological concepts into his speech classes to generate discussion between speeches.

Lynch will introduce various social and cultural questions, sometimes controversial or sensitive, for the students to debate. He said he’s delighted at how supportive they are, even when they disagree.

“It wakes them up, too,” he said. “It’s not something they’re supposed to have read. I just want to know what they think. All they have to do is have a perspective.”

Lynch is originally from the Philadelphia area. He got his undergrad in Pittsburgh and master’s in New Mexico. He eventually took a full-time teaching job in South Dakota, and while teaching he earned his doctorate from South Dakota State.

When his wife Ashley got an opportunity to teach history and government at Garden City High School in 2018, the couple moved to Kansas and Lynch continued to teach online with Dakota State University until taking his new position at DC3, teaching speech and possibly some sociology classes.

He’s a busy person away from campus as well.

He started a consultancy in 2012 working with professionals to overcome challenges in public speaking.

“It’s just something I’ve been fascinated with my whole life,” he said.

When he was first accepted to college he was actually planning to be a music major. He changed his major but did continue to learn digital audio recording and continues that vocation today with a digital studio set up in his home.

He performs remote recording and editing for musicians and clients around the country, adding some keyboard or sounds from his vast digital library.

Such fascination with music and instruments does not necessarily indicate musical parents or some profound inspiration.

“I had some behavioral issues in school and I found that taking musical lessons was one way to get out of class,” he said. “That’s was the long and short of it. It turned into a good thing though.”