Dodge City Community College inducted three recipients to its Hall of Fame at 10 a.m. on Saturday, Dec. 7. The ceremony and reception, which was hosted for the first time ever in the DC3 Library, drew a crowd of 65 people.

The first recipient was Eldon Becker, who was honored for Outstanding Career Achievement. During his 30-year tenure at DC3 (1969 to 1999), he taught every sport, from badminton to his first passion, basketball, and he coached a fair number of teams as well.

Becker was introduced by one of his former DC3 students, Stuart Chance.

“Eldon has a unique way of interacting with his students,” Chance said, in his introduction. “It is a gift that not only helped them get through the classroom, but helped them later in life in whatever career path they chose. Mr. Becker put his students first. He always was there to assist them in reaching their highest potential.” 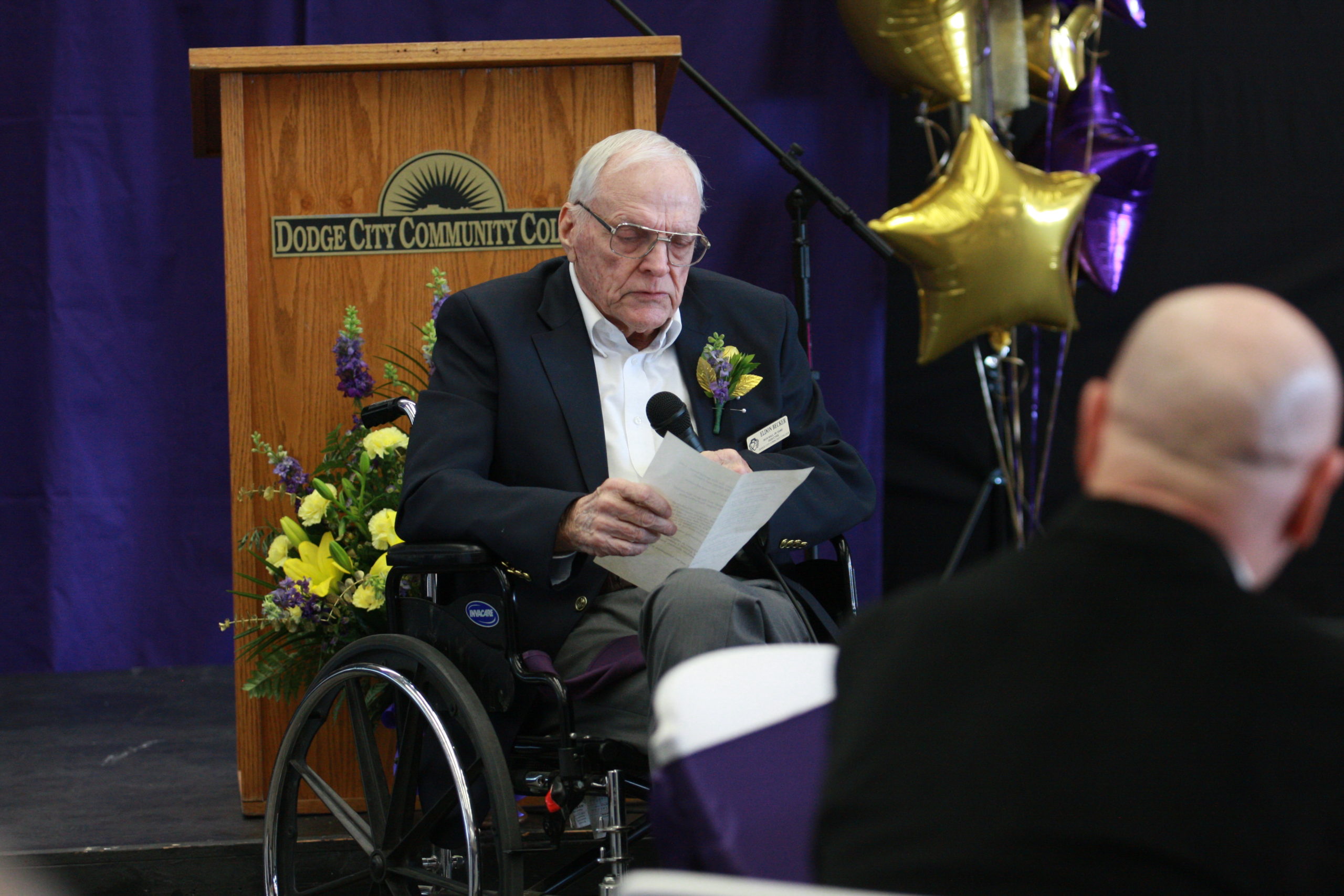 “I wanted to be a basketball coach for some reason, and it didn’t happen,” Becker said in his acceptance speech. “And then, this job came up, and people in my class at Fort Hays said, ‘Well, if you take a junior college job, you’ll end up there.’ And I said, ‘What’s wrong with that?’ And that’s exactly what happened.”

Becker has continued to serve the college on various committees since his retirement, and he often can be spotted attending college events. He resides in Dodge City with his wife Joan. His family also includes a son, Brenton (Sheri), and a daughter, Julie.

The second recipient was Jim Coffin, who was honored for Outstanding Voluntary Service Achievement. He attended DC3 from 1966-67. Although, Coffin was unable to attend the ceremony, DC3 Foundation Director, Christina Haselhorst spoke in his absence.

“We’re very, very proud to have Jim as a part of our [DC3] Foundation Board and as a volunteer here at Dodge City Community College,” Haselhorst said. “Over the years he has donated quite a bit of his time and his money to fixing sidewalks and helping us create parking lots. And we’re very, very happy that he has had such a generous heart with Dodge City and our community.” 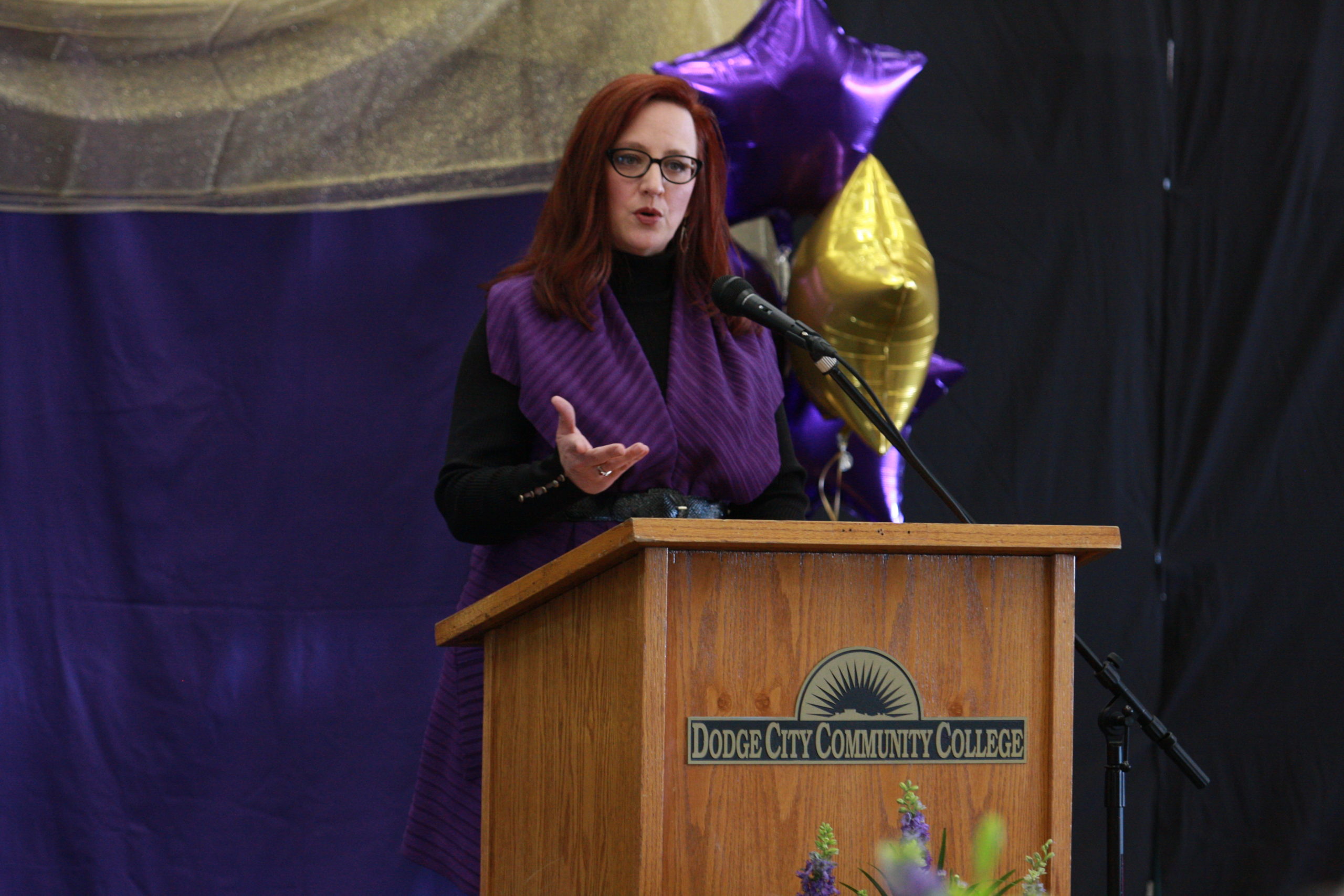 J-A-G Construction Co. was established in Dodge City by Coffin’s parents, Bob & June Coffin, in 1962. In 1970, Coffin joined the company, and that same year, J-A-G decided to add a ready-mix concrete facility to the business.

In 1986, Coffin took over the company from his father and began to operate both companies. Under his leadership, J-A-G continued to expand in the following years. In 1993, additional ready-mix concrete plants were added in Liberal, Kan., and Guymon, Okla. Five years later in 1998, Coffin acquired Dodge City Sand. And in 2001, another ready-mix concrete plant was purchased in Hooker, Okla. (In addition, J-A-G Construction also owns three portable cement plants.)

Coffin and his wife, Marie, have two sons, Kris and Andy; and a grandson, Harrison James.

The third recipient was Stacy Sparks, who was honored for Outstanding Service Achievement. She attended DC3 from 1978-79 as a student, and then returned in 1992 as a professor of journalism. 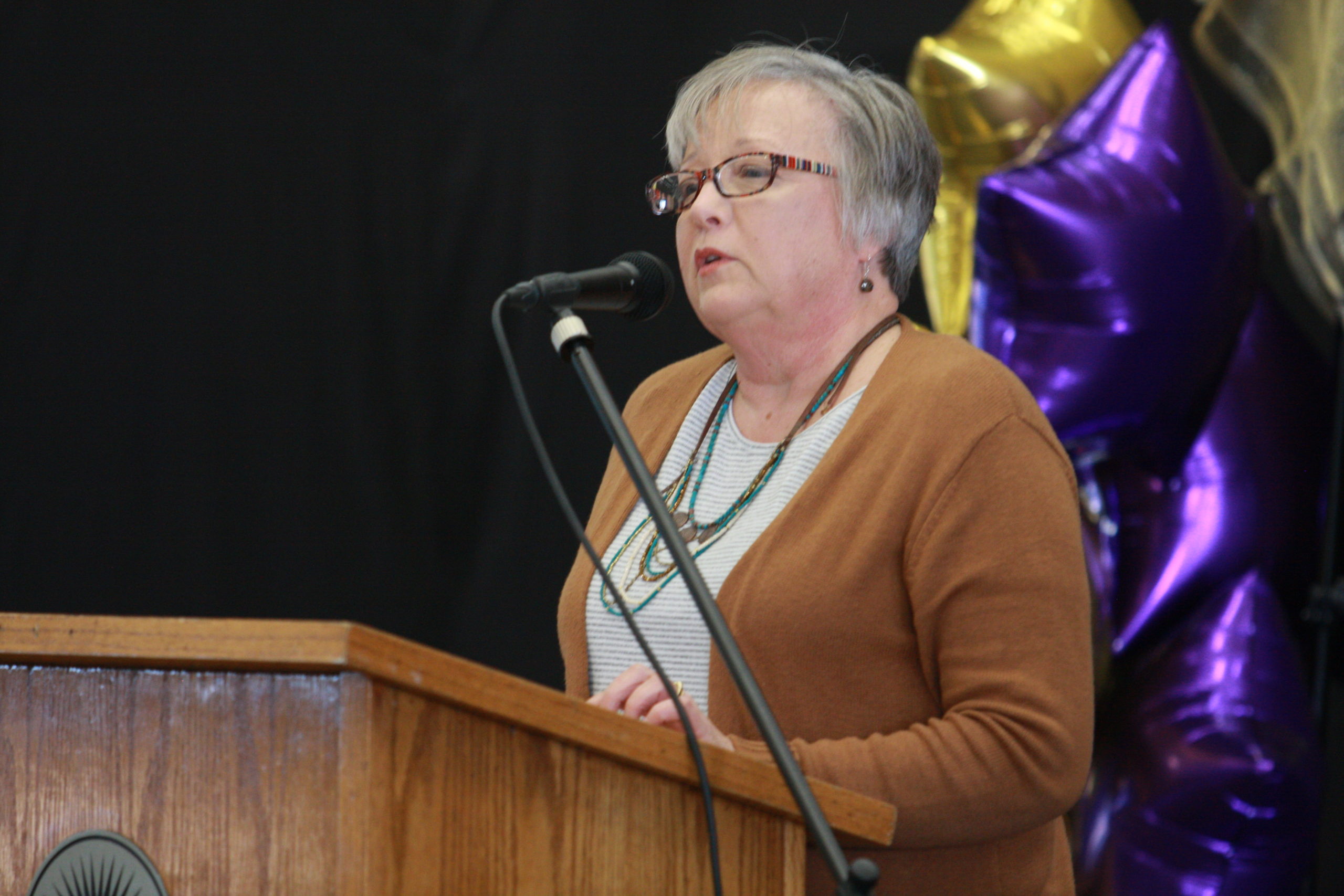 Sparks was introduced by one of her former DC3 students, Lance Ziesch.

“Stacy is an exceptional teacher, and she can be tough. She won’t let her students settle for mediocrity,” Ziesch said, in his introduction. “And she has an ability to see their hidden strengths and talents, and she knows how to channel them.”

In his closing comments, Ziesch added, “Even now, almost 25 years after I had one of her classes, Stacy is still one of the people I call when I have big news.”

From 1988-1992, Sparks served as the instructor of journalism, and also the sports information director, for St. Mary of the Plains College, Dodge City. Upon its closure in 1992, Sparks became a professor of journalism at DC3, serving from 1992-2006. During this time she also served as an adviser for The Conquistador newspaper and for Conquest magazine. In 2006, Sparks moved to Winfield, Kan., and became an associate professor of journalism and director of student media at Southwestern College. (She still serves in this capacity today.)

“You know learning is really hard work,” Sparks said, in her acceptance speech. “I learned as a student, but I learned even more when I was a faculty member. I learned from my colleagues, and I learned a lot from my students. People at this college know that learning can be an adventure. It requires a roll-up-your-sleeves attitude and a commitment to accepting a challenge.”