The exchange, called the Lines and Spaces tour, was organized by the University of Iowa’s International Writing Program (IWP) and the U.S. Embassy in Bogotá.

Lines and Spaces is a cultural diplomacy program, Kelson said. Its basic structure is to bring writers from the U.S. to other countries to present literary activities and to engage in cultural activities.

“The overall goal is to use literature to engage in cultural diplomacy between the U.S. and other countries,” she said. “Our tour was structured around professional growth and mentorship of women writers.”

Although Kelson is conversationally bilingual, she said the week-long cultural exchange was her first experience teaching in Spanish.

“It was a big challenge,” she said. “It was exhausting, but I felt my confidence rise a little bit every day over the course of the week. Each day it got a tiny bit easier.”

Kelson said she was recommended for Lines and Spaces by a colleague of hers, Emmy Pérez, who is currently the state poet laureate of Texas. Pérez also teaches at the University of Texas Rio Grande Valley.

“What they were looking for was established U.S. Latina writers, and the U.S. Latina literary world is pretty small,” she said. “It was a great honor to be selected, because they only took two U.S. Latina writers. They took me and Carina del Valle Schorske, a Puerto Rican writer in the New York City area.”

Kelson said her tour focused on nine women who met in Bogotá for the week. They were from Colombia, Mexico and Argentina. Those women previously had been working together through a mentorship program, she said.

“So what the other U.S. writer and I did for them was to lead workshops,” she said, “in which we would discuss the beginning writers’ work at length. And the mentors would chime in and contribute their ideas, as well.”

What’s commonly called a writing workshop in the States, is not that common in other countries, Kelson said. It is basically an American way of looking at professional development for writers, she said.

“So, we would discuss each woman’s work for about two hours at a time,” Kelson said. “And that would be a writing sample each one had provided in advance, of about 10-15 pages. 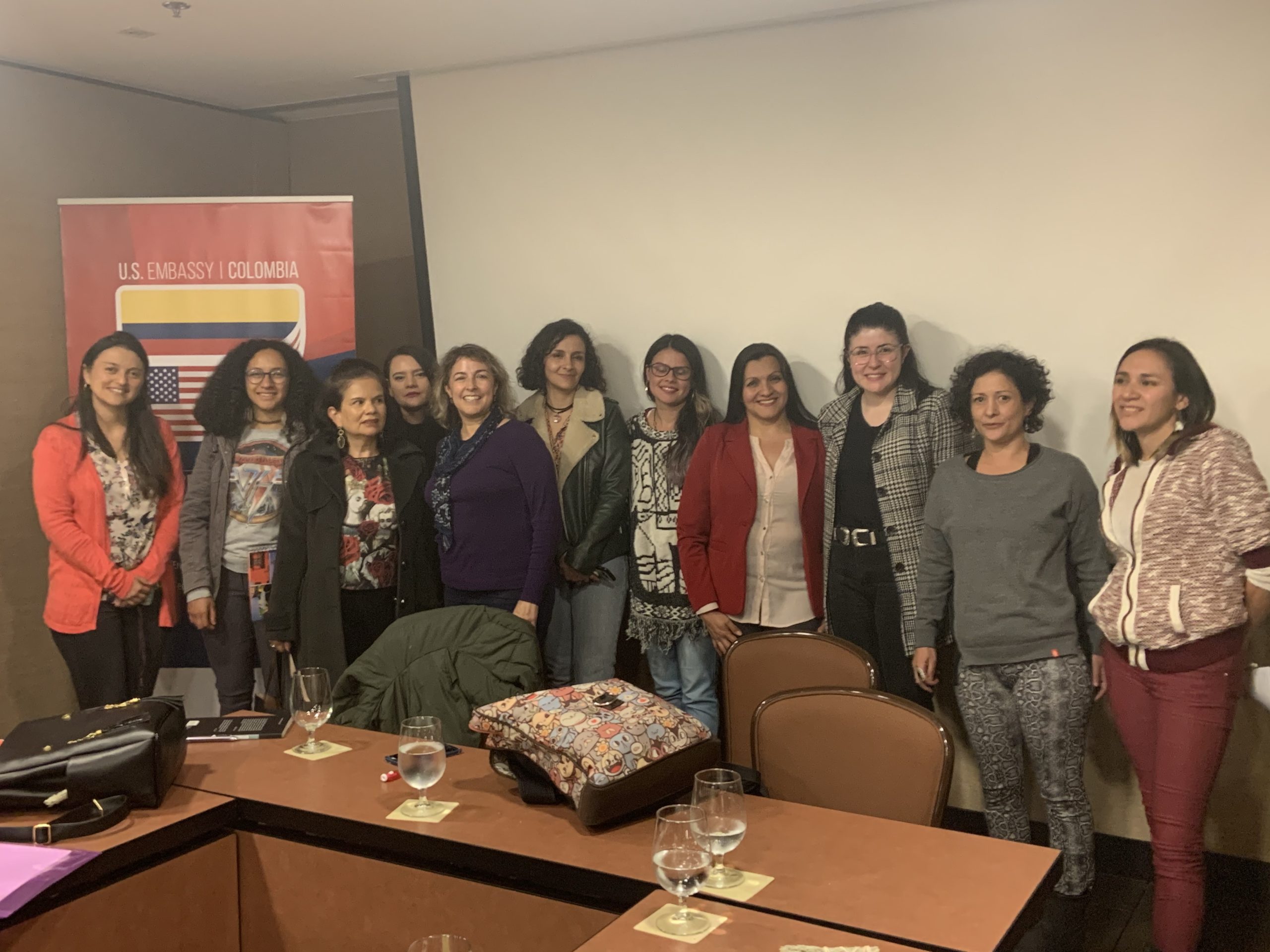 “I was trying to emphasize to my DC3 students that this is much like what they do in our composition classes here, which is peer review. Only, it’s more in depth,” she said. “We would go through and discuss points we responded to, points we admired, and then points that they could improve.”

“The feedback was good,” she said. “They said it was helpful. They felt energized to get back in and make revisions and make improvements.”

So, although conducting workshops was the primary objective for the U.S. writers, they also participated in two other professional activities, she said.

“We also did a public workshop for women in Bogotá who wanted to come and learn from U.S. writers,” she said. “These were all women who live in Bogotá, who through IDARTES, an arts organization that the embassy works with, signed up to come to an evening poetry workshop that I gave. And we wrote poetry together for an evening. That was really lovely.”

The other activity was to give a public reading at a local independent bookstore.

“That was also spectacular,” she said. “The other U.S. writer and I, along with the three mentors from Latin America, all read selections of our own work.” 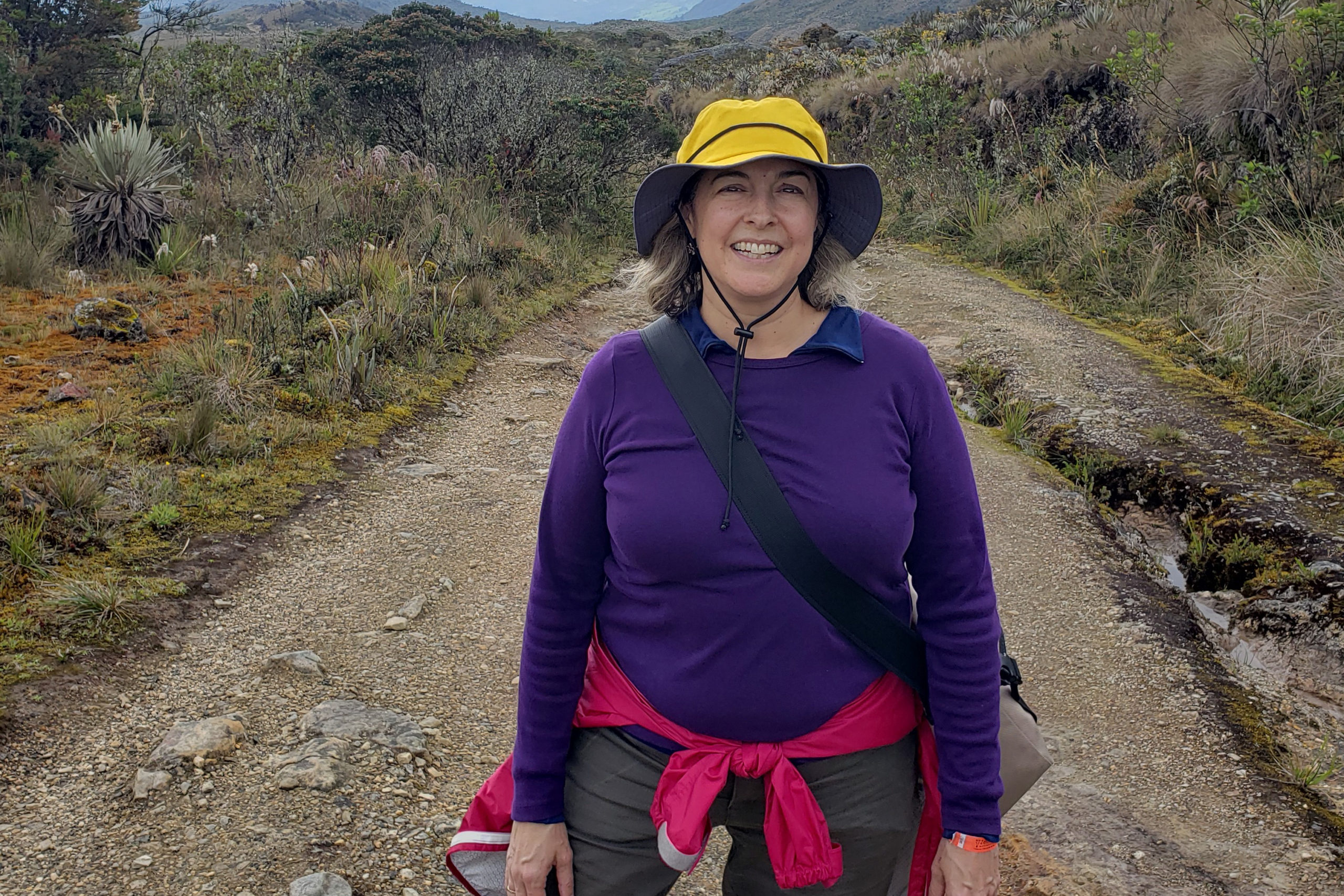 In addition to the various workshops and readings, Kelson’s group also had time for some cultural activities, which included walking up a well-known pilgrimage route to the Monserrate Shrine; visiting the Gold Museum, which is a collection of pre-Hispanic artifacts; and also touring Chingaza National Natural Park in the Andes Mountains.

“It was a really rich experience,” she said. “I’d love to go back and take my family for a vacation.”