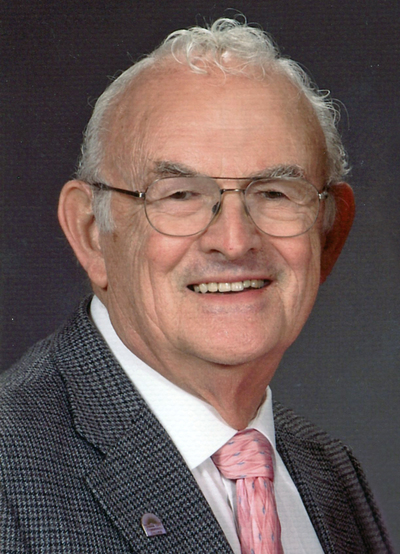 The Webb family moved to Michigan for a brief period to work in the freezing cold oil fields, but soon returned to Kansas to work on the family farm in Lincoln County. Two additional children joined the family; Donna Jean Webb Kingan and Marshea Ann Webb Sheppard.

After Pratt, Don briefly relocated his family to Hutchinson, working at Krause Plow. While working in Hutchinson, Don was contacted by Sam Davis about moving to Dodge City to work as head of the maintenance department at Hi-Plains Dressed Beef. So, Don relocated his family again in 1964 to Dodge City. Following his short stint at Hi-Plains, Don also worked at Hydra Power in Mullinville, Ralston Purina, Collingwood Grain, and for his father-in-law at Hydraulics Distributors.

While working in Pratt, Don received a letter of commendation from the governor of Kansas, stating in part, due to his welding skills, he would be qualified to teach technical education. So in 1978, he began his dream of working in the education field, teaching machine shop at Southwest Kansas Area Vo-Tech School, which at that time was part of Dodge City High School. After 10 years, these technical programs were transferred to Dodge City Community College (DC3), and Don continued at DC3 teaching welding, machine shop, CAD/CAM machining, SPC, quality control and many other related areas in manufacturing and maintenance.

In addition to teaching at DC3, he also taught classes before school hours at local manufacturing plants, as well as night classes. After 20 years, Don retired from teaching in 1998.

During his retirement years, Don and his family built playhouses for Court Appointed Special Advocates (CASA), and doll cradles, jewelry boxes, and wooden trucks for the Christians Crisis Crusade (C4) Toy Box Drive. They also spent many hours volunteering at the USD 443 Learning Center and with the Boy Scouts of America at Camp Mandan and at Spanish Peaks Scout Ranch in Colorado. In addition, they collected and distributed teddy bears for local cancer patients, helped remodel Victory in the Valley Cancer Facility in Wichita, and donated to many local law enforcement agencies for children involved in traumatic events.

Don enjoyed metalworking, woodworking, and home improvement projects, as well as designing and building items to improve the quality of life for family, friends, neighbors, and the community. Don also helped many Cub Scouts design and build Pinewood Derby cars through the years.

Don was active at First United Methodist Church, where he served several terms as a trustee. He also served on the DC3 as a board of trustee member from 2009-2017. In addition, he was involved with the Jaycees of Kansas, the Breakfast Optimist Club, and the Lions Club.

A celebration of Don’s life is planned for Saturday, Feb. 1, at 11 a.m., at the First United Methodist Church in Dodge City, with the Rev. Jerre Nolte presiding. A book signing will be from noon to 5 p.m. on Friday, Jan. 31 at Swaim Funeral Chapel in Dodge City. Burial will take place at a later date. Memorials are suggested to the DC3 Foundation for technical-education scholarships in care of the funeral home. Thoughts and memories may be shared in the online guest book at swaimfuneralhome.com.