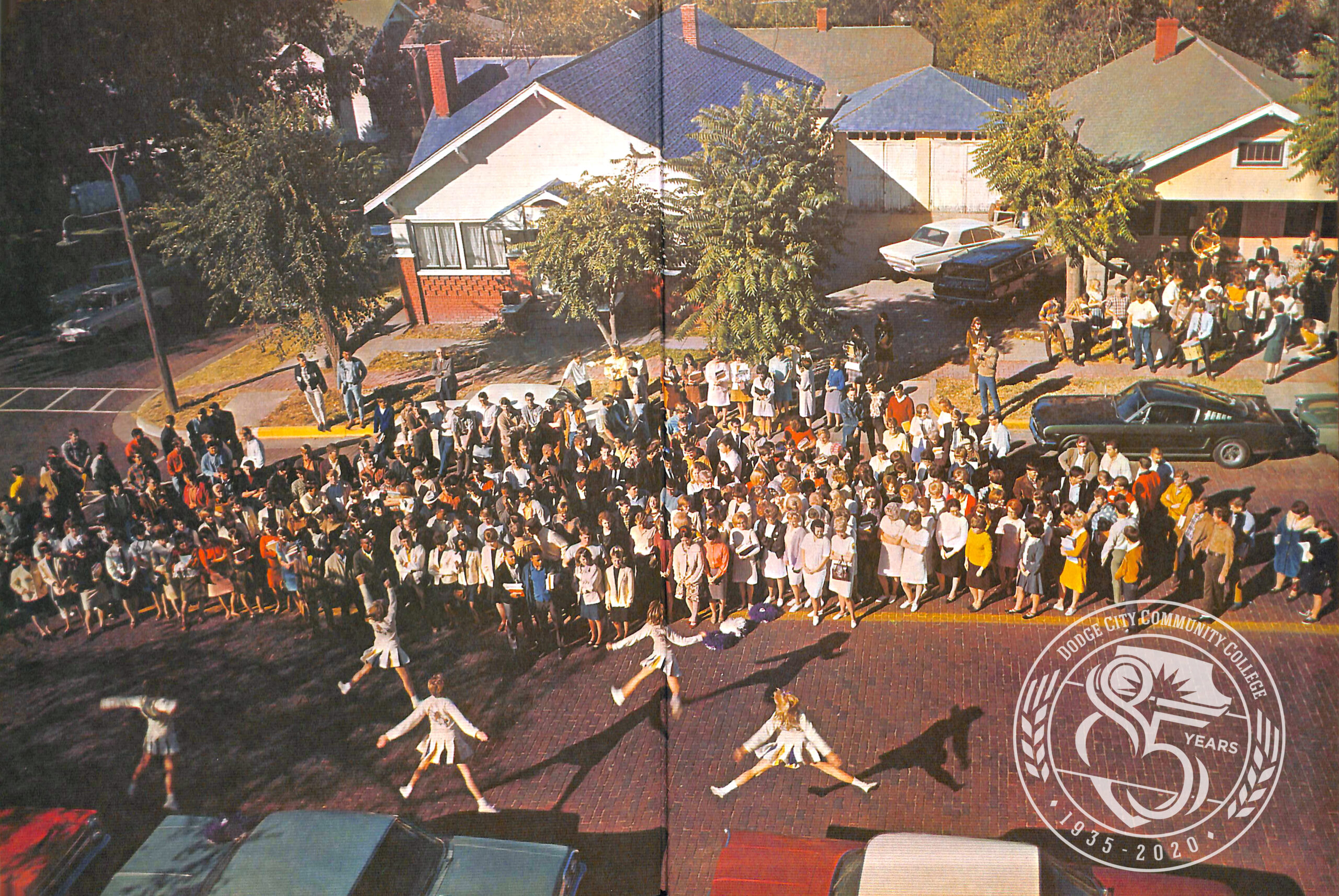 The Dodge City Community College (DC3) campus is hosting an 85th anniversary celebration on Sept. 9 at 4:30 p.m. This event will honor the college’s nine decades of history—as well as commemorate its 50th year at its present campus—and will include remarks by U.S. Rep. Dr. Roger Marshall.

Originally named Dodge City Junior College in 1935, DC3 was first housed on the third floor of Dodge City High School—now Comanche Middle School—at 1601 First Ave. After outgrowing this location, the college moved in 1957 to the city’s former junior high school building at 1000 N. Second Ave. The college would remain at this location until 1970, when the current campus officially opened at 2501 N. 14th Ave.

Through the years, DC3 has graduated thousands of students with certificate and associate degrees, and many of them have remained in the area. Several DC3 alumni are even the second, third or fourth generation in their families to attend the college. 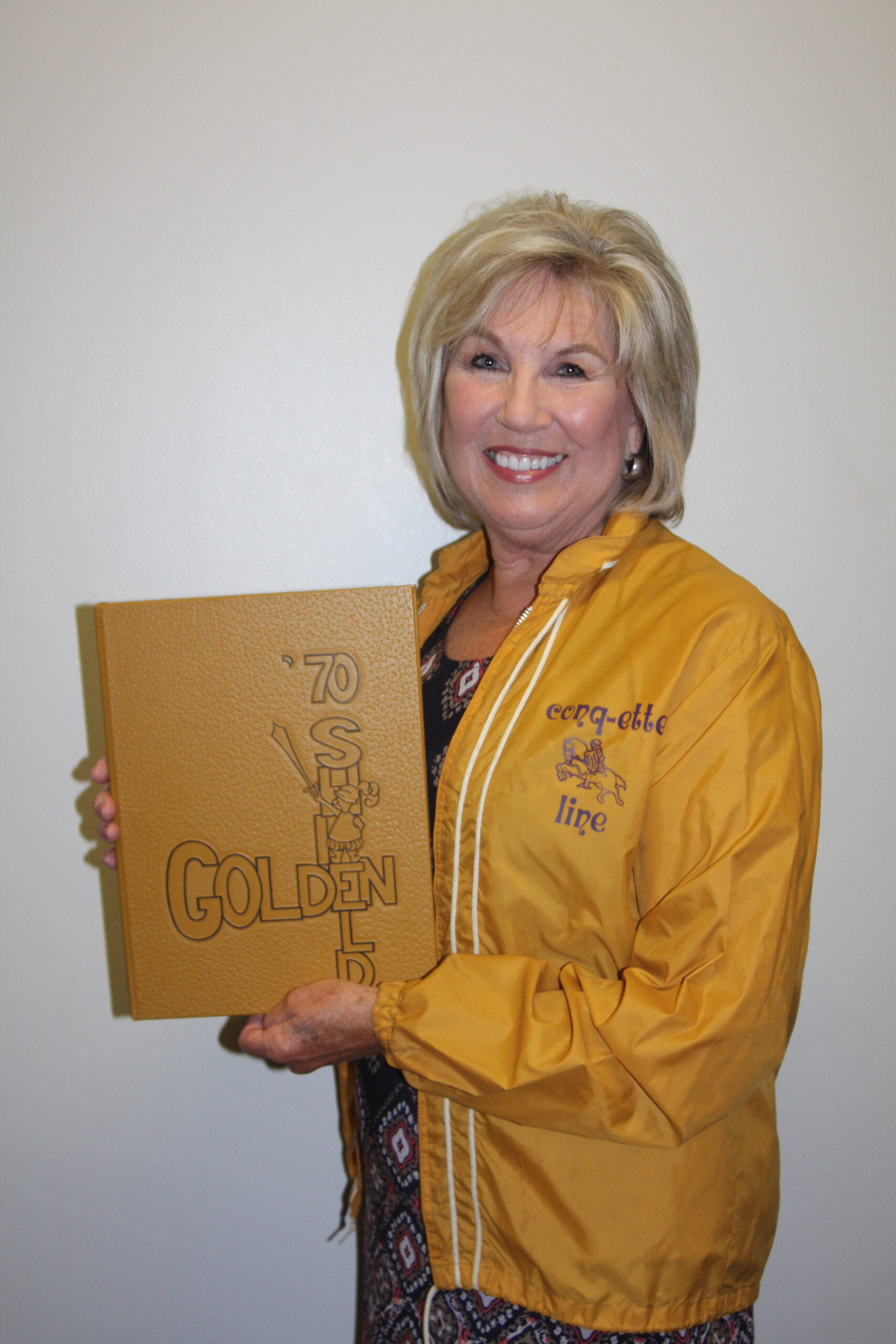 One of the current members of the DC3 Board of Trustees, Kathy (Wheaton) Ramsour, is one such graduate. Not only did she graduate from DC3, but so did her husband Don, her sister Pamela Preston, her brother-in-law Steve Preston, and her son-in-law Tom Armstrong.

Ramsour, who graduated from DC3 in 1970, went on to become an educator for 46 years in the Dodge City school system. She said she credits DC3 with teaching her leadership skills, time management, and the love of education.

When it came time for the college to move from Second Avenue to its new campus on 14th Avenue, Ramsour was actually one of the students who helped with the move over the 1970 spring break.

“When the new campus was built, that was huge!” she said. “We became a hub of other communities and a feeder college to St. Mary of the Plains College.”

In addition to the college changing locations during Ramsour’s sophomore year, it also made a controversial decision to cancel the football program, she said.

“At that time, they believed football was not an asset,” she said. “What we [the students] believed was football brought students, was a community gathering spot, and gave us college spirit and a common bond. So, the Student Senate, DC3 students, and even high school students, protested. And football was reinstated.”

As DC3 heads toward its 85th anniversary celebration on Sept. 9, Ramsour said she thinks it is key that the college continues to be progressive and to take programs to the people, especially the area high schools.

“Working with the high schools will only continue to help meet the needs of our potential students,” she said. “We have a strong alliance with USD 443 and our city, and that is a positive direction we are all going.” 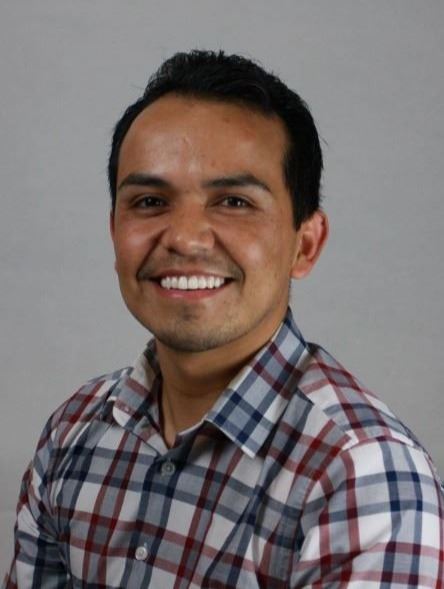 “As an immigrant and the first member of my family to attend college, DC3 was the gateway to experience college while continuing to be close to my family,” De La Rosa said. “DC3 gave me the confidence, experience and the ‘tools’ needed to be successful at FHSU and WSU.”

De La Rosa said the Ford County scholarship opportunities at DC3 were huge for him, because they helped pay his tuition and other fees.

“I think DC3 has continued to be an affordable option for Latinos and students in general, which allows us to complete all necessary requirements and achieve our career goals and be successful professionals,” he said.

“Part of my success is due to staff and faculty at DC3 for being patient and going above and beyond to make sure students like me are successful,” he said. “They went beyond their classrooms to make sure I was on the right track, since I was an ESL [English as a Second Language] student and the first out of my family to attend college. I will forever be thankful for all they did.”

De La Rosa said he thinks DC3 has made many strides to engage and to involve the local Latino population, especially those who have never been to a college campus. And he said Latino participation will only increase if the college continues to meet Latinos “where they are.”

In order to stay relevant, as the demographics and culture have changed through the years, the college has changed with them. And so after nine decades, the secret of DC3’s success remains unchanged since its founding: Meet the needs of the people—where they are.

The DC3 85th anniversary celebration will kick off with a helicopter landing at 4:30 p.m., followed by a community pep rally and choir performance, remarks by Dr. Roger Marshall, free boxed dinners for the first 100 guests, a DC3 rodeo showcase, and a fireworks display at 8 p.m.

In addition to the Sept. 9 event, a second celebration of DC3 history is planned for Oct. 18, from 2-4 p.m., at the DC3 Little Theatre Gallery. This event—titled ‘Roots and Renascence’—is part of a Humanities Kansas grant the college received to showcase contributions of alumni to the local and regional community. This exhibit, which was rescheduled from its original date of Aug. 23, also will include a gallery of selfie-style photos of DC3 alumni posing with college memorabilia. People interested in contributing to the selfie project, may submit their photos at: https://conqs.dc3.edu/ICS/Alumni/.