PART ONE OF A THREE-PART SERIES

In 1959, DC3, like other two-year junior colleges, was under the authority of a local school district, which in this case was USD 443.

“The 443 Board had actually made dad an offer the previous year in 1958, but in Pratt they wouldn’t let him out of his contract,” Barnes said. “So, we came to Dodge the following year in 1959.”

To cover the 1958-59 school year, USD 443 administration asked Bryce Gleckler, who taught economics and sociology at DC3, to serve as an interim dean, he said. That way, they could hold the position for his father. So, in 1959, the Barnes family moved to Dodge City, when he was 8 years old.

At that time, DC3 was located in the city’s former junior high school building at 1000 N. Second Ave. It had moved there in 1957, after spending 22 years on the third floor of Dodge City High School. So, although the college now had more space to grow, the facilities were still a little crude and cramped, Barnes said. 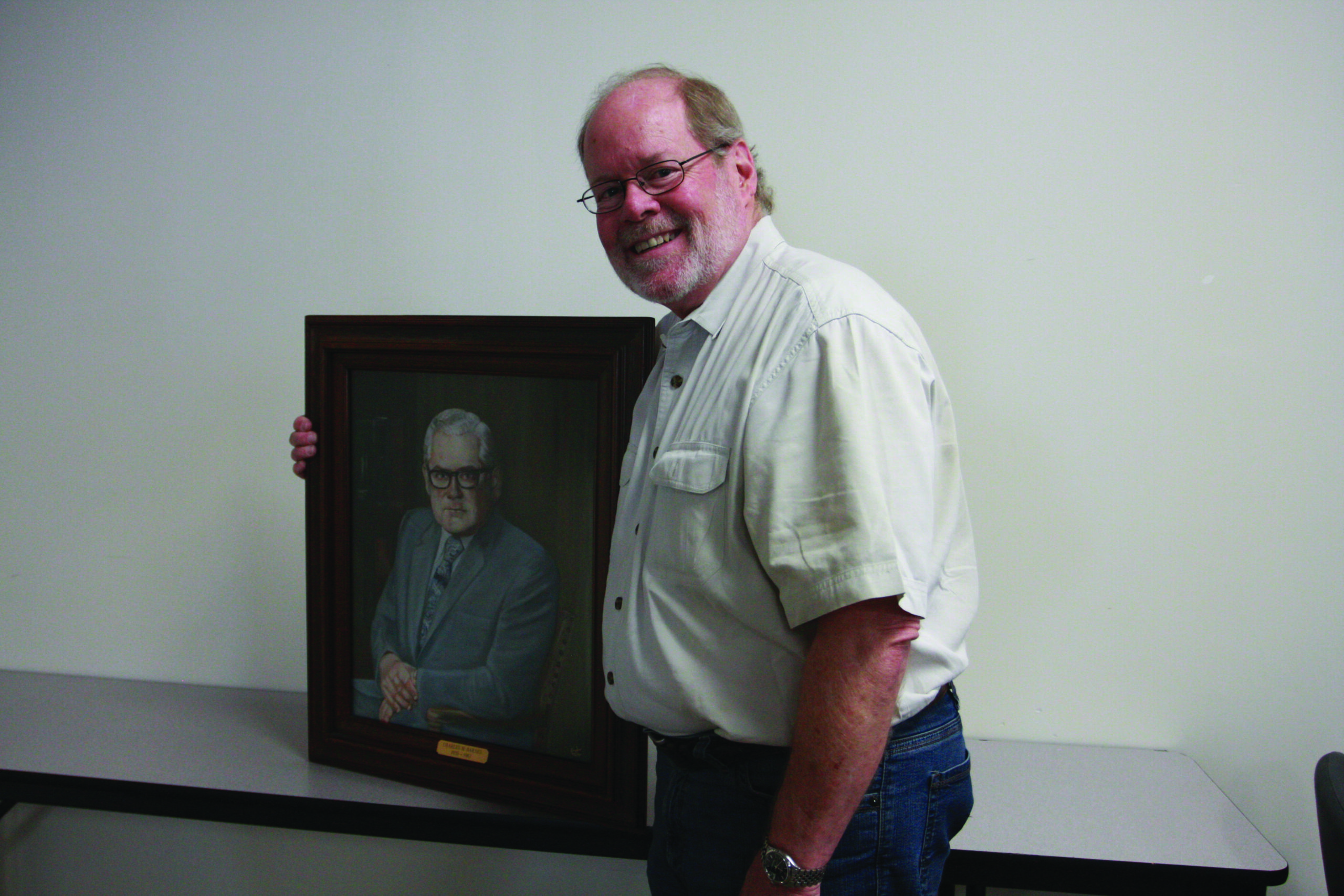 On the main floor of the building was the auditorium, the library, offices—including his father’s—and on the north end, classrooms. Upstairs there were more classrooms, a couple of science labs, and the balcony entrance for the auditorium. And in the basement was a dark, dungeon-like gymnasium, which was used for physical education classes, and the original Conq Corral snack bar.

During his growing-up years, Barnes said he would regularly accompany his dad to the college on Saturday mornings. While his dad would work, he would explore the building and shoot hoops in the subterranean gym.

“It was like going into a dungeon!” he said.

During this time, DC3 continued to grow, and in the early 1960s it again needed additional spaces for its programs, classrooms and offices. So, the college purchased the houses across the street. These buildings would be used for programs like art and band, and one would even house the business office and the bookstore.

“When we were at Second Avenue, the college bought some houses across the street, and they were old,” he said. “They were dilapidated, they were tight, they were cramped, and they weren’t adequate at all.”

Not long after Charles Barnes became dean, he and others began to strategize about how to solve the college’s growing lack of space. And a few years later, he began to talk with others in the county and state about changing the way junior colleges were structured and funded. Some of these conversations would eventually help craft the Kansas Community Junior College Act of 1965.

Barnes said he remembers his dad making lots of trips back and forth to Topeka on the train during this period.

“He was really involved with the legislative move to create the Kansas community college system and to take the junior colleges out of the local school boards and create a county-wide basis of support,” Barnes said. “I know he worked closely with Laurin Jones, who was a state senator from Dodge, in writing the Community College Act in the mid-1960s.” Barnes said. 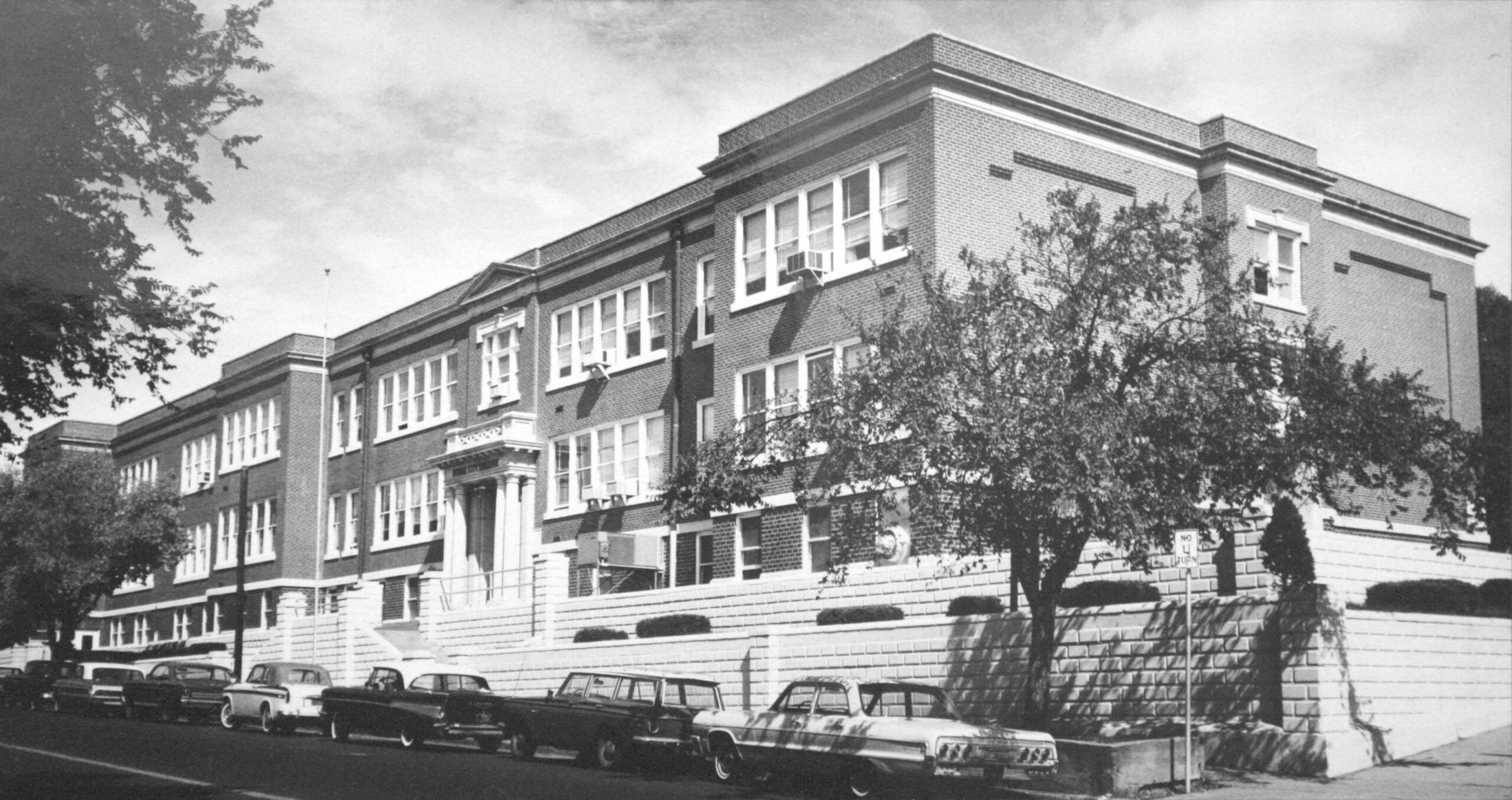 “He and Edwin Walbourn [of what is now Butler Community College] were the two community college presidents who were the most involved in that push,” he said.

After the state legislature passed the community college act in the spring of 1965, the citizens of Ford County voted overwhelmingly to establish DC3 as a county-based school in the summer of 1965. Later that fall, the first Board of Trustees was elected from the county-at-large.

“I think that’s one of the reasons why somebody like Hugh White, from Kingsdown, and Jack Randall, from Bucklin, said, ‘Okay, if our communities are going to be involved, we want to have a say in how all of this operates.’ They were tremendous Board members. I think the best Board my dad ever had was that first one.”

In addition to Hugh White, who served as the Board chairman, and Jack Randall, the other members of that inaugural Board of Trustees included Maxine Alderson, (Dodge City); Alfred Steimel (Wright); Clair Conard (Dodge City); and Lee Braddock (Dodge City), who also served as vice chairman.

“Although, I do remember a little bit of concern, a little grumbling, in some of the smaller communities in Ford County. Some of the people outside of Dodge City weren’t crazy about being taxed to support a school that was in Dodge City,” Barnes said. “But, that skepticism was overcome, and the bond issue passed rather successfully. The politics of making that happen was something that my dad was very pleased with.”

With the bond now in place, DC3 was finally ready to begin making plans to literally move the college to greener pastures.