Officially dedicated as the Floris Jean Hampton Nurse Education Center, the building is named after local legend Floris Jean (Snyder) Hampton, who spent nearly 30 years representing the college on its Board of Trustees.

“I’m overwhelmed. I can’t believe it,” Hampton said. “I’m so grateful that the Trustees considered me for this honor.” 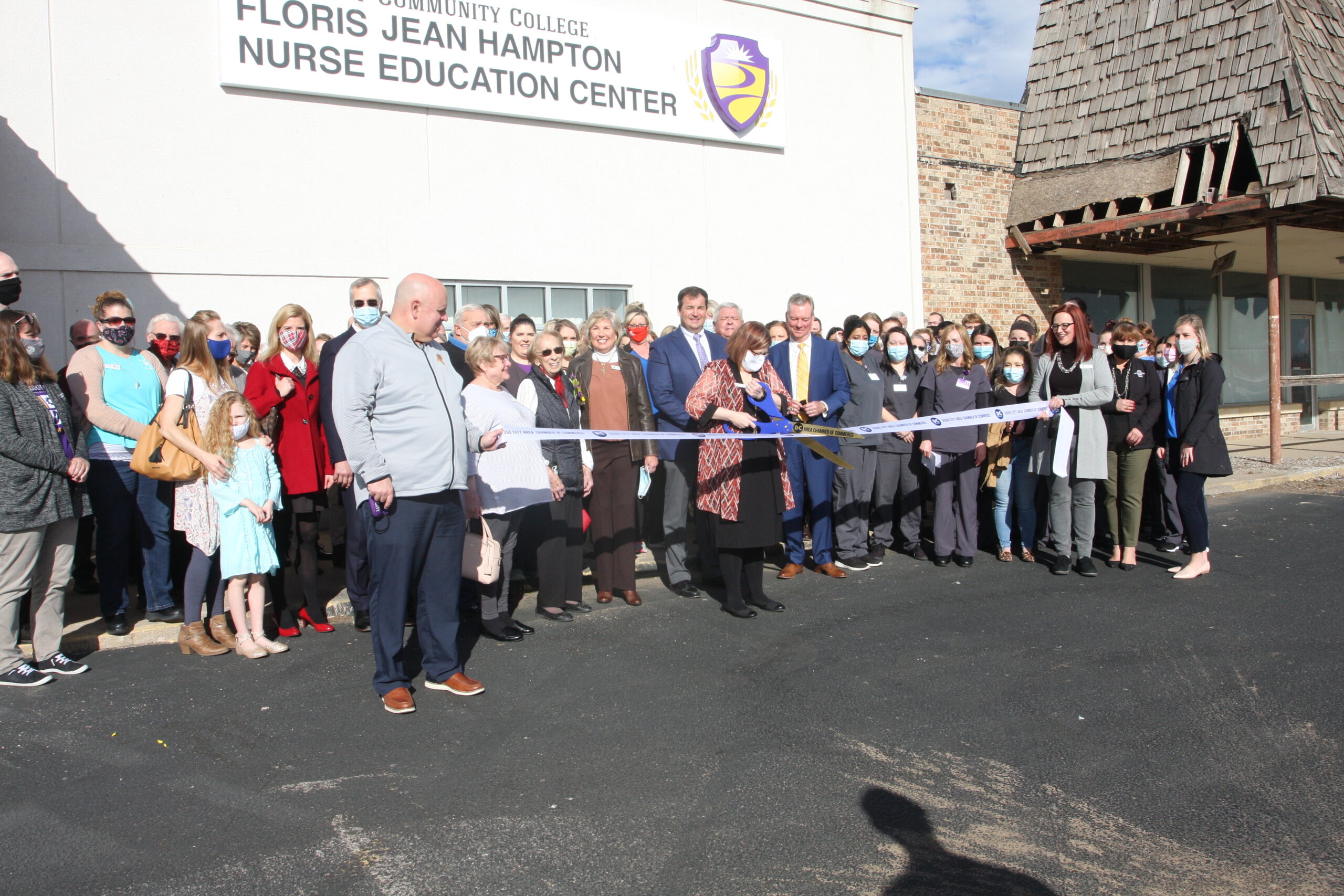 DC3 Foundation Director, Christina Haselhorst, said Floris Jean has been an “integral part” of Dodge City, Ford County, DC3, and so many other organizations for many, many years.

“Being able to recognize her and her accomplishments with the naming of the DC3 Nurse Education Center was a proud moment for all of us at DC3,” Haselhorst said. “We feel it is a fitting honor for such a wonderful person.”

A lifelong resident of Ford County, Hampton is a fourth generation member of her father’s pioneering family who homesteaded northwest of Dodge City in 1882. And today, at age 92, she still lives on the property, in the house her parents built in 1934.

“Floris Jean has always loved participating in activities that benefit the community,” Haselhorst said. “She is one of those people you can count on to get things done—the one who can successfully juggle a dozen projects at once.”

Haselhorst said Hampton has served as a volunteer and leader in countless church, civic, and community service organizations throughout her life. Some of these include the American Association of University Women (AAUW), the Business and Professional Women’s Foundation (BPW), the Depot Theater, Ford County Extension, the Philanthropic Educational Organization (PEO), Soroptimist International, the United Methodist Church, and the Dodge City Women’s Chamber of Commerce, where she served as president in 1980. 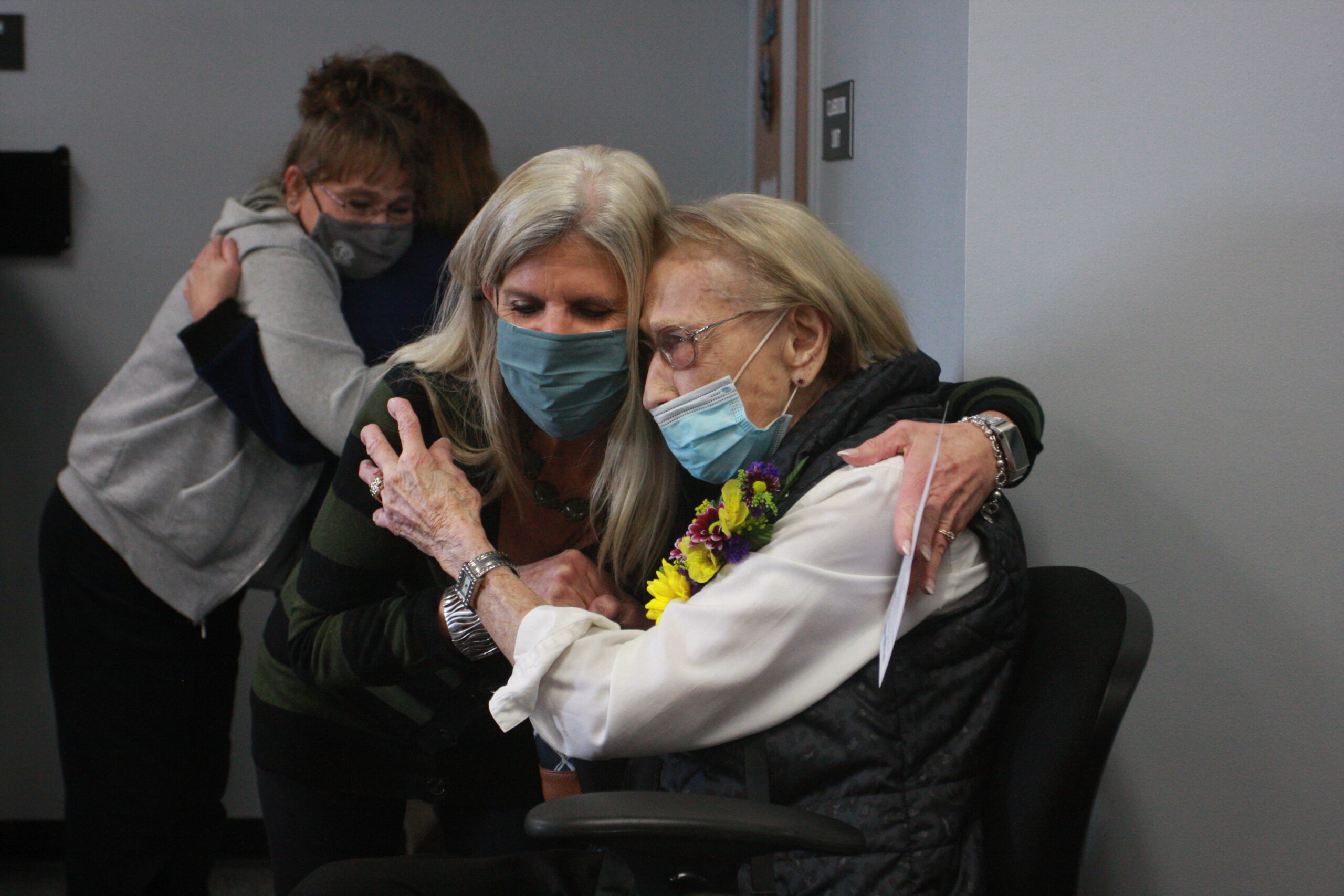 “So, where does the DC3 nursing center fit into this story?” Haselhorst asked, in her remarks at the dedication. “Well, Floris Jean and [her late husband] Marvin were both registered nurses, having taken the very unusual step of starting nursing school together in their early 30s—while simultaneously raising a young family of five and managing their family farm,” she said.

After the Hamptons completed their training in 1963, they both worked in local hospitals as private duty nurses, she said. And Hampton also served as an elementary school nurse for USD 443 from 1963 to 1968.

Hampton, who took DC3 classes from 1944-45, during her senior year at Dodge City High School, has remained an ardent and vocal supporter of the college, the community college system and education in general. In addition, she served two stints on the DC3 Board of Trustees, the first from 1983 to 1999, and the second from 2007 to 2020.

Hampton’s sons, Van Hampton—who spoke at the event—and Wade Hampton, were on hand for the dedication. Although, her daughters, Lee Battite, Gayle Windle and Rebecca Cohen, were unable to attend. 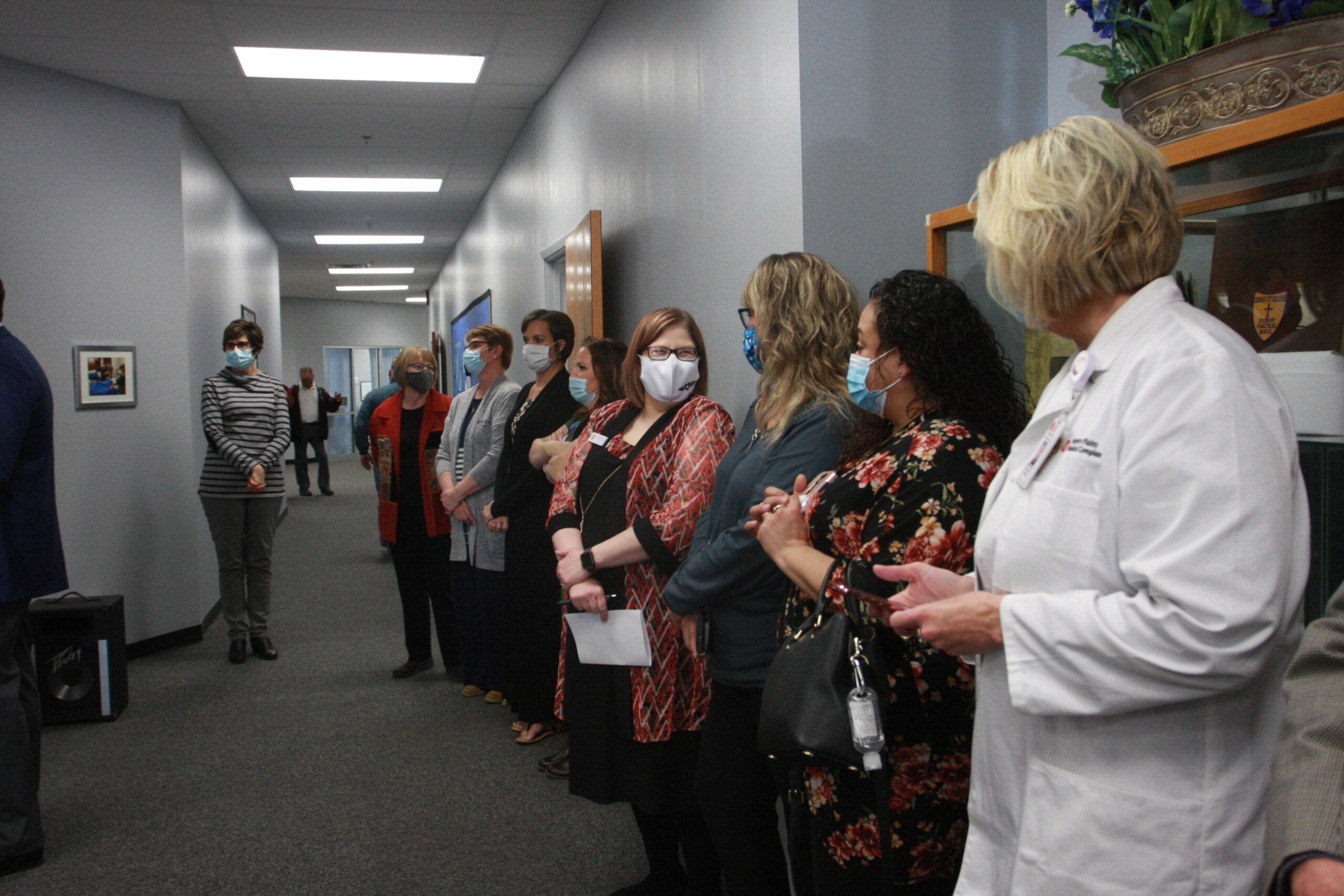 Hailey said that Hampton has always been a “huge advocate and supporter” of the DC3 nursing program, and having her name on the building is a proud reflection of her legacy.

“She has been one of our biggest cheerleaders during the celebrations and challenges we’ve had over the years,” Hailey said. “It is our hope that we will continue to make her proud. We want to honor her legacy by graduating nurses who give the highest quality care with the greatest compassion possible.”

Hailey said that with the DC3 nursing program’s first-time National Council Licensure Examination (NCLEX) Registered Nurse (RN) exam pass rates for 2020 at 93.3%, which is up from 92.31% in 2019, Hampton’s nursing legacy is in good hands.

According to the 2020 Mountain Measurement Inc. report, which tracks student performance on the NCLEX-RN exams, DC3 is ranked fifth out of the 37 nursing schools in the state of Kansas for first-time pass rates, she said.

“DC3 nursing students are aggressively recruited by health care facilities across the state of Kansas,” Hailey said. “And 99-100% of our nursing graduates have a contingent job offer before graduation. I’m proud that they will all carry on the legacy of Floris Jean Hampton.”