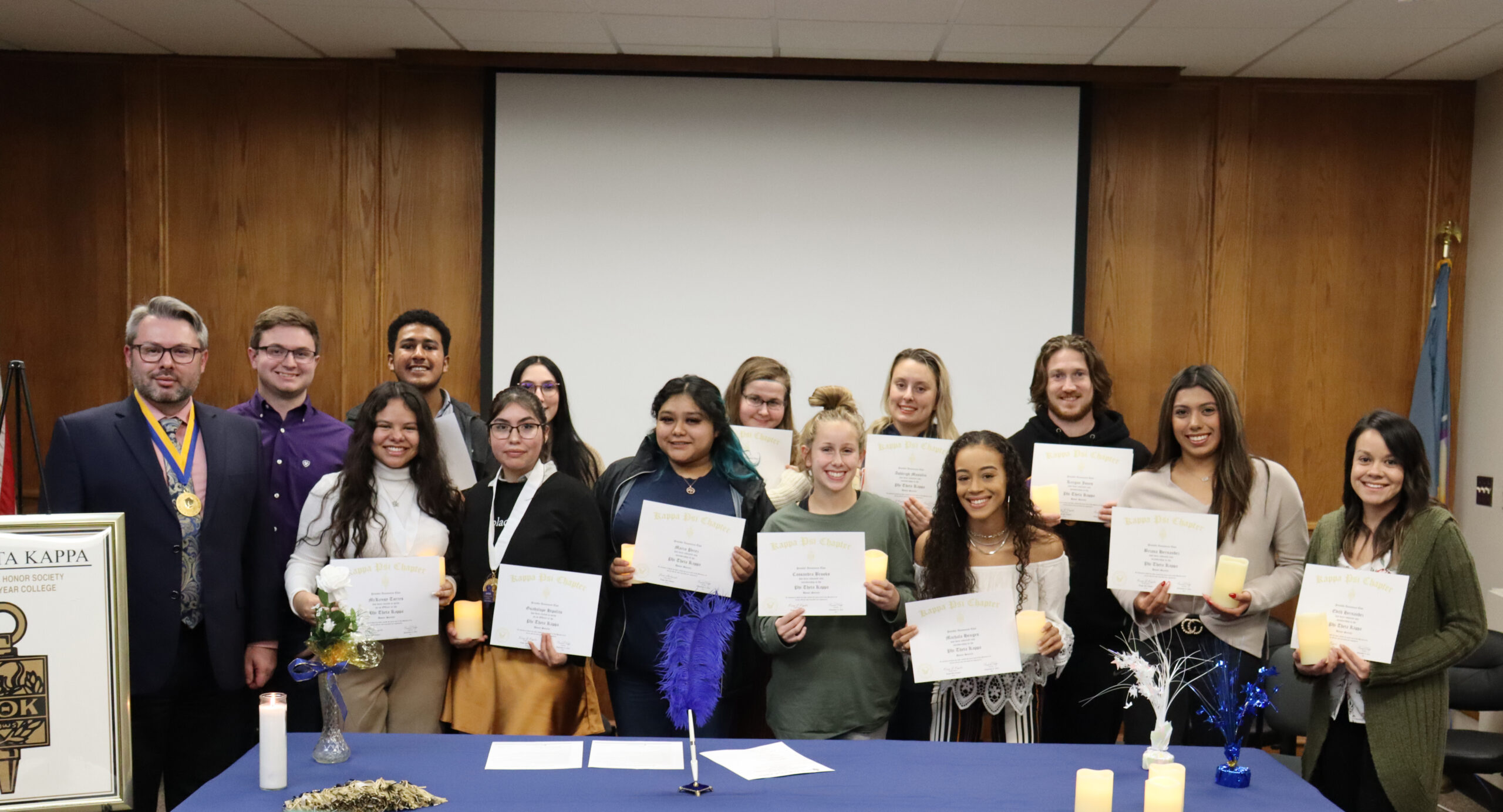 Kerry Kuplic, Associate Professor of Vocal Music and Fine Arts Division Chair, Dr. Harold Nolte, DC3 President, and Kaden Stapleton, PTK President from Jetmore, all spoke at the induction ceremony, which was located in the Student Union Board Room.

The ceremony led off with Dr. Nolte recounting how PTK has influenced his career.

“PTK is actually one of my favorite organizations of all time. It got me where I needed to be by joining that organization,” Nolte said. “It was my springboard to accomplishing what I’m doing now. My advice for the PTK students is to apply themselves. If they apply themselves, they will be very successful.”

Kerry Kuplic, who serves as a PTK faculty advisor, said the newly inducted students will benefit greatly from joining the honor society.

“I think they’re really going to learn from one another by sharing those resources, sharing those ideas,” Kuplic said. “PTK gives them the help and encouragement to continue with their classes, continue their degrees, and go on wherever that may take them. Whether that’s another degree, heading out into the workforce, or helping them along whatever path they’ve chosen.”

“The officers are going to learn how to work with their colleagues, classmates and with people out in the community,” Kuplic said. “One of the things that the members, and especially the officers, are really excited about is building bridges and making those connections. The officers are going to learn some really valuable life skills in interacting with the community and honing their individual leadership styles and abilities.”