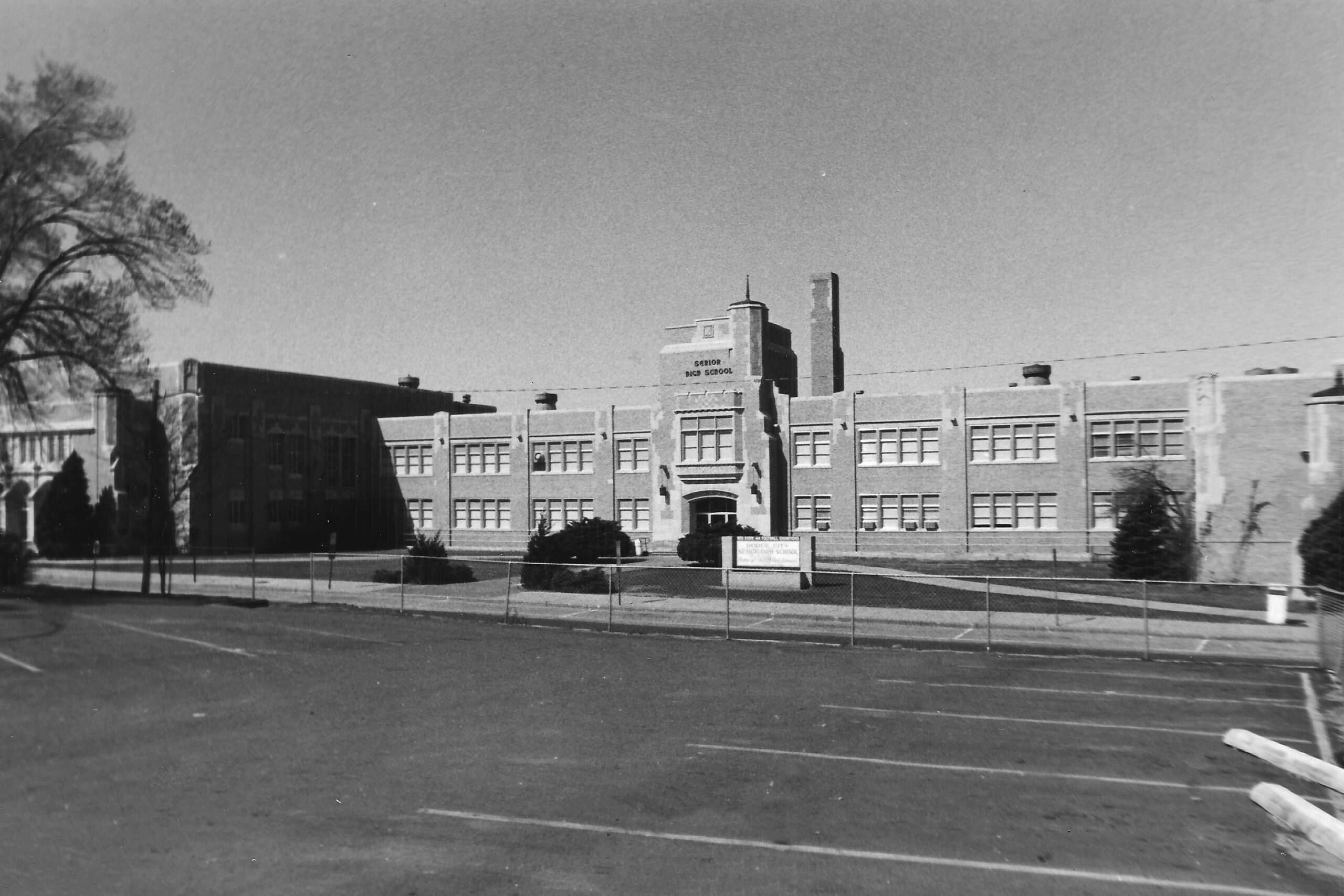 In 1957, the college moved to its second location at 1000 N. Second Ave., which was the city’s former junior high school building. Eventually, the college also outgrew this location, and additional space was made available in houses the college purchased across the street. (Today, the Dodge City Public Library occupies the space where these houses once stood.)

By the late 1960s, the college was out of space once again. So, property was acquired and dirt work began on a new multi-building campus west of town. This third and final college location, at 2501 N. 14th Ave., officially opened in 1970.

The college’s official motto is “In Quest of Truth.”

At a September 1935 all-school assembly—which was organized to discuss the new college’s colors and mascot—a student in the crowd suggested purple and gold, and the crowd enthusiastically agreed. After adopting these colors at the assembly, the students then set out to match their future mascot to their newly chosen school colors.

In the following weeks, the students were asked to send their mascot suggestions to the staff of the Dodge City High School newspaper, the Dodger. After compiling the top six suggestions—which included Tigers, Panthers and Broncs—the students voted for their favorite. And on Nov. 12, 1935, at the conclusion of the vote, the Conquistador was selected.

The winning idea was suggested by Karl Wilson, who was a student from New Mexico. Among the reasons for the widespread approval of his idea was the high school building’s Spanish architectural motif and the area’s historical ties to Conquistador Francisco Vásquez de Coronado, who explored the region in 1541.

As part of the college’s 85th anniversary celebration, the Conquistador mascot was officially given the name of Coronado on Sept. 9, 2020.

The current DC3 alma mater was written by student Bradley Deck. At some point before his graduation in 1955, Deck submitted “Hail the Purple and the Gold” as an assignment for a harmony music class taught by Vernon Zollars.

In 1956, after Zollars had collected several years’ worth of potential alma mater song material from Deck and other students, a contest was organized to select an official college song from the many student submissions. At the completion of the contest on April 27, 1956, the top three songs were performed live by the college chorus at an all-school assembly. After the performances, Deck’s song was chosen by popular vote.

The words are as follows: